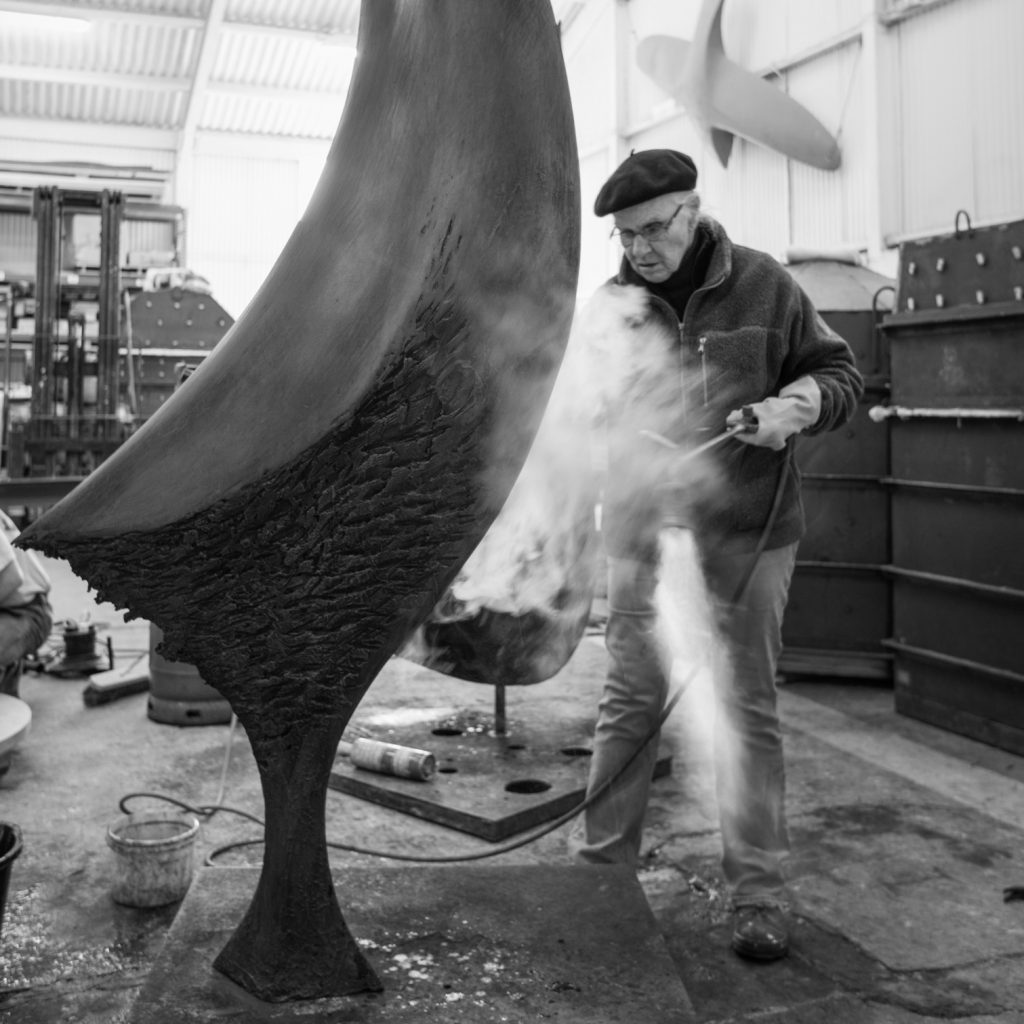 “Bridget’s figures, animal and bird sculptures were economically carved, capturing the essential characteristics of their nature or habit, a subject may appear to be soft, although the profile would be sharp as her sense of curve and rhythm – still her hallmarks – tell of form as well as the incongruity to be found in birds or beasts.”  Ann Elliott, author of ‘Touch and Time: The Sculpture and Drawings of Bridget McCrum’

McCrum’s work is a potent fusion of the ancient with the modern. She works primarily in stone, from which some pieces are also cast in bronze. Initially influenced by archaeological finds and by the work of Brancusi, Hepworth and Moore, her sculpture also contains oblique references to the landscape and fauna around her homes in Devon and Gozo. The basis of her work is a lyrical abstraction of living forms, a process after which only the primary elements of her animals and birds remain identifiable.

McCrum was born in 1934 and went on to train as a painter with Lesjek Musjynski at Farnham School of Art in the 1950s. From 1980 she began to work primarily in stone, having learned her craft from John Joekes and Andrea Schulewitz on the South Downs. McCrum also works with bronze, a metal she uses to cast many of her stone pieces.

Bridget’s solo exhibition Memories of Time will be displayed in the Long Gallery, Messums Wiltshire this summer from Saturday 4 July – Sunday 2 August…pre-order the exhibition catalogue.