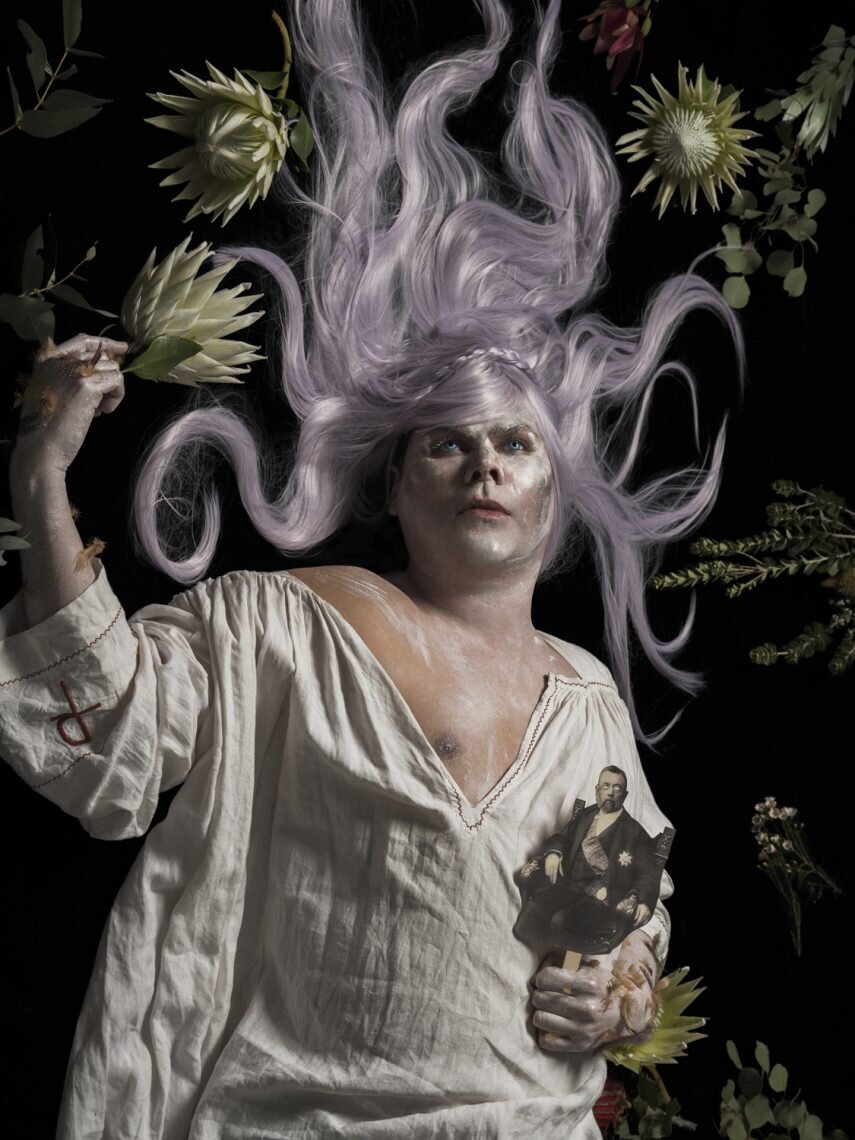 Exhibition goes live 12 January at 10:00am
For advance access to the private viewing room please register

Born in Gawler, South Australia (1978), DR Christian Thompson AO is a photographer who is often the subject of his own work and is highly engaged with navigating colonial dynamics. As someone with indigenous Australian heritage Thompson avoids the term ‘aboriginal artist – a mechanism often used for further marginalisation – while grappling with the tensions and undercurrents of his country’s nationhood. Looking at the dichotomy of photographer and subject, which is so often white ethnographer and indigenous case study, Thompson turns the lens back around. Describing his creative process as part of an ongoing investigation he practices and enshrines his cultural heritage and it’s multiplicity of faces. Putting on a range of costumes and guises he masterfully steps in and out of cultural roles; indigenous and non-indigenous, photographer and subject, with the image acting as a set in which he can animate a part that allows him to come to terms with, and address, the discrepancies between those roles.

This exhibition sits within a wider story of Messums’ engagement in artists from Victoria, Australia, and in particular the city of Melbourne. Beyond the striking originality of design and visual perspectives Messums looks to these artists for an adaptive understanding of nationhood.

Christian Thompson received a BA in Fine Art from the University of Southern Queensland, Brisbane, before a Masters in Fine Art from the Royal Melbourne Institute of Technology in 2004. Thompson went on to study performing arts in Amsterdam and achieved his Doctorate of Philosophy (Fine Art), from Oxford University in 2015. Thompson has held solo exhibitions in Berlin, London, Valencia, Spain, Paris, Finland, Italy, Shanghai, Taiwan, South Korea, Netherlands, Canada and various locations in the USA in addition to Exhibiting across Australia. Christian Thompson is represented by Messums in the UK.