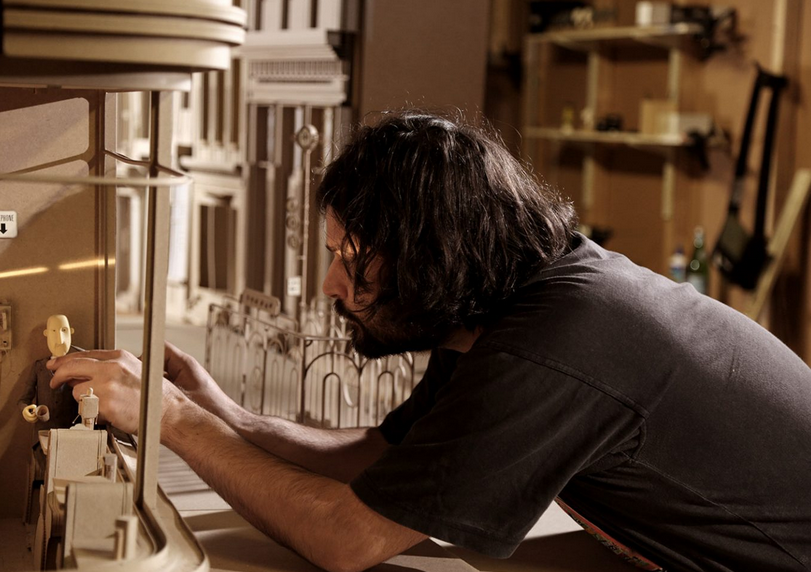 Join us at midday on the opening day of Daniel’s exhibition ‘STATE’ for a talk and tour of the show by the artist.

Daniel Agdag is an artist and filmmaker based in Melbourne, Australia whose practice sits at the nexus of sculpture and motionography. He creates highly detailed sculptural pieces that have been described as ‘architectural in form, whimsical and antiquated in nature and inconceivably intricate’ and we are delighted to present a series of these works as a solo exhibition.

His work has been published in New York-based curator and author Lori Zimmer’s The Art of Cardboard (USA, 2015) and features in DesignerBooks’ Paradise of Paper Art 2 – The World of Dance Paper (China, 2015). He is a triple Sydney Film Festival Dendy Award winner, as well as two time nominated and 2017 winner of the prestigious AFI / AACTA Award.