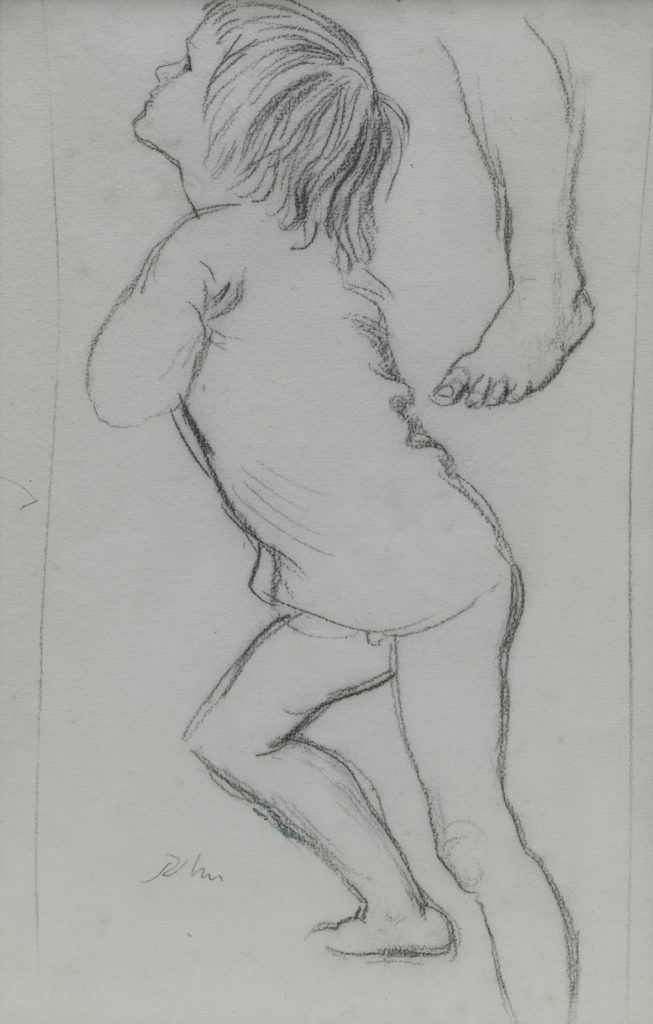 When Augustus John died in 1961, aged eighty-three, his obituary in The New York Times described him as ‘the grand old man of British painting and one of the greatest in British history.’ This was an exaggeration, but it rightly reflected John’s status as one of the towering names in twentieth-century British art. The Slade’s star draughtsman in the late 1890s, by 1916 Sickert was observing in The Burlington Magazine, ‘Not only is Mr John the first draughtsman that we have, but he is also in consequence the most sure and able of our portrait-painters.’ His sketches and oil portraits of his children are among his most admired, and the pencil drawing in the Mason-Watts collection is of Romilly John (born 1906), his second son with his mistress Dorelia. It is very characteristic of his rapid working technique.

Though John exhibited with the Camden Town Group, he largely kept himself out of artistic movements and he never became a member. Considered critical opinion widely agrees that he was at his best in his early years. After the First World War his talent went into a slow but steady decline, although he was offered and accepted many portrait commissions from society figures. By the time he died, the rebel had become a Royal Academician and had been awarded the Order of Merit.