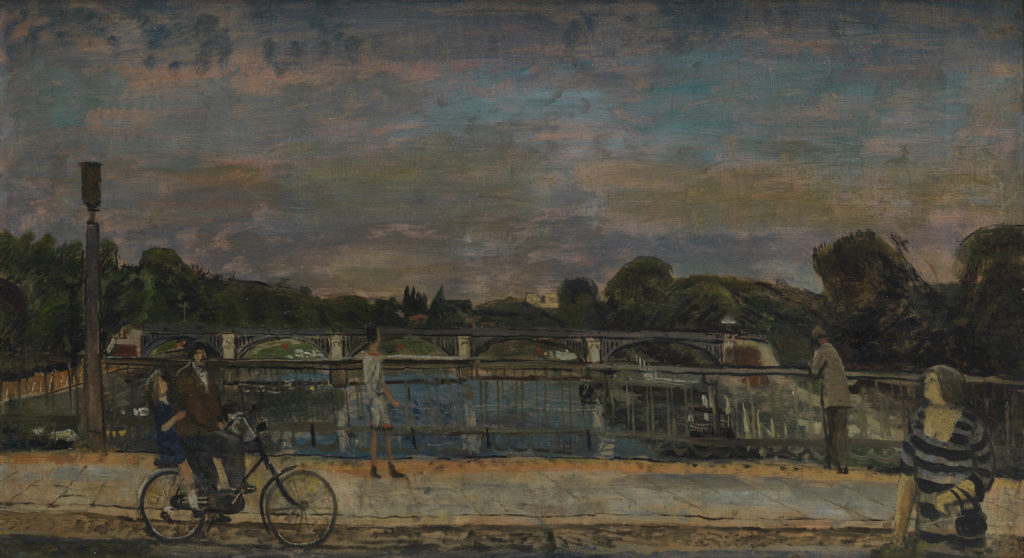 Born in London in 1908 Weight’s childhood was spent in the then run-down areas of Chelsea and Fulham. In 1926 he went to Hammersmith College of Art and then to Goldsmith’s. During World War Two he served as official war artist, and after the war became a member of the teaching staff at the Royal College of Art. He was Head of the Painting Department from 1957 to 1973 and taught (among others) David Hockney, R.B. Kitaj and Peter Blake. He was elected to the Royal Academy in 1965.

Weight’s paintings can be broadly divided into two groups. One comprises street scenes and landscapes, usually with figures, sometimes with elements of humour and sometimes with elements that are slightly sinister – of which With Uncle Joe to Richmond is an example. The second group is portraiture, or figures in interiors. In these, not only the sitter but all the surrounding objects in the room are handled with the same degree of observation and care.’ Christopher Mason-Watts commissioned this portrait directly from the artist; he sits in front of another of Weight’s paintings depicting a scene from Hamlet, in which Laertes jumps into Ophelia’s open grave.

Weight has work in numerous public collections, including the Tate Gallery, the Ashmolean Museum, the Royal Academy of Arts, the Walker Art Gallery, the National Galleries of Scotland, the Imperial War Museum and the Vatican Museum.