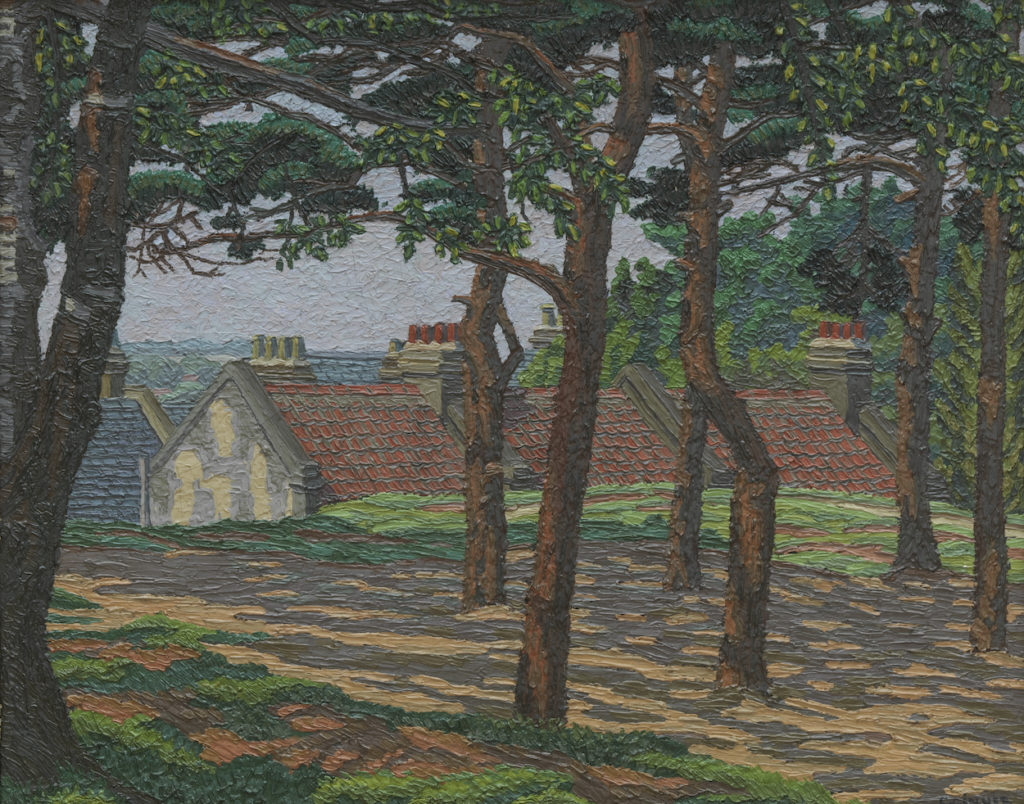 The son of an English pharmacist, Ginner was born and educated in France. He worked on a tramp steamer and then in a Parisian architect’s office before enrolling at the Académie Vitti in 1904 and studying briefly at the École des Beaux-Arts. By 1910 he had settled in London, where he formed close friendships with Spencer Gore and Harold Gilman. With them he became a founder member of the Camden Town Group, and as one contemporary critic remarked, ‘For sheer glory of colour it is difficult indeed to surpass Mr. C. Ginner.’

His work before the Great War concentrated on London street scenes, painted with great texture and strength. His paintings were constructed using small, tight dabs of paint, a technique he used throughout his lifetime. The deaths of his great friends Spencer Gore in 1914 and Gilman (with whom Ginner shared a studio) in 1919 was a severe blow. He moved to Hampstead, where the first of these two works was painted, and became increasingly reclusive.

The year after Ginner’s death Arts Council held a retrospective exhibition, and his work is widely represented in major collections throughout the UK.