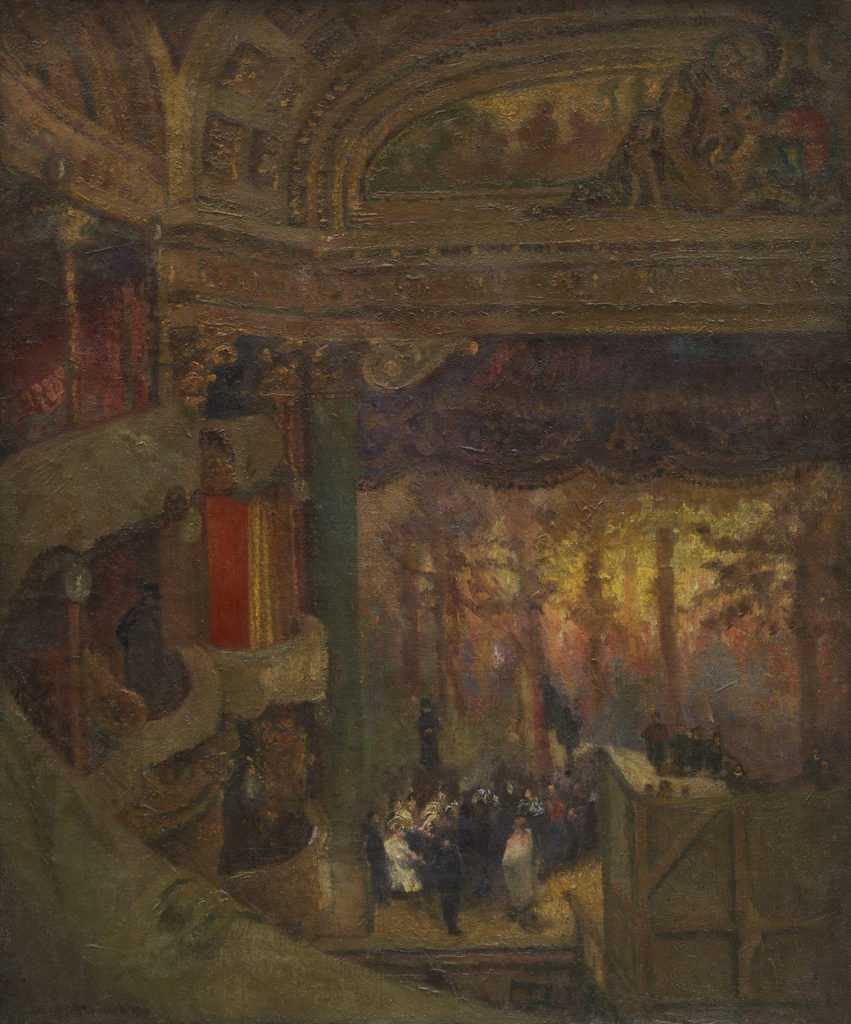 Clare or ‘Tony’ Atwood studied at Westminster School of Art and the Slade School of Fine Art, and having exhibited at the Royal Academy she was one of the few female artists to make official paintings of the Great War, receiving commissions in 1919 from the Canadian Government. In 1920 four of her paintings depicting the various contributions by women to the war effort were acquired by the Imperial War Museum.

After the war Atwood focused her attention on the theatre, working for the director and producer Edith Craig’s Barn Theatre at Smallhythe Place in Tenterden, Kent. Now owened by the National Trust, many of Atwood’s paintings are to be seen there, as well as in numerouc collections around the UK, including the Tate, the V&A, the Victoria Art Gallery in Bath, and the Royal Shakespeare Theatre in Startford-upon-Avon. Music Halls were a favoured subject for a number of artists in the Camden Town Group, including Sickert, who had started his career on the stage. Though Sickert himself never painted the Alhambra (he favouring seamier establishments such as the New Bedford) it was one of the best known of London’s many music venues. It has even been suggested that the figure in black is Sickert himself.