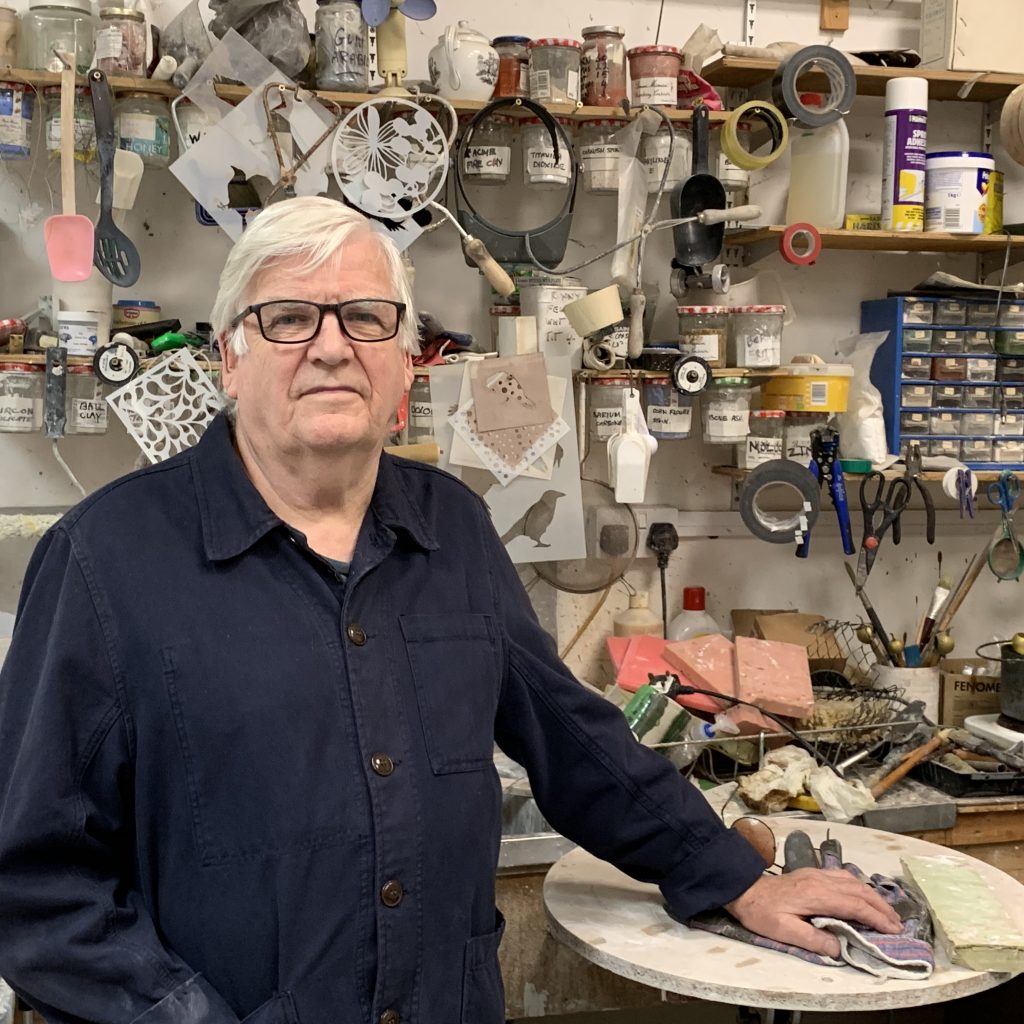 Clive Davies has been working in ceramics for over forty years, exhibiting widely in the UK and abroad. Shortly after finishing his National Service in the 60s, a friend persuaded him to join a ceramics class, sparking a life-long fascination with the medium. He made utilitarian wares for fifteen years, and working in this tight parameter honed his skills, but later he wanted to explore and stretch his creativity.

Currently Clive produces a much narrower range, preferring to work more with ‘one off’ pieces, experimenting with various oxides and clay bodies. After endless tests, Clive has managed to gain some control over the glazes, enjoying the ability to make them run and merge, creating a third tone, or making them stiff and static.