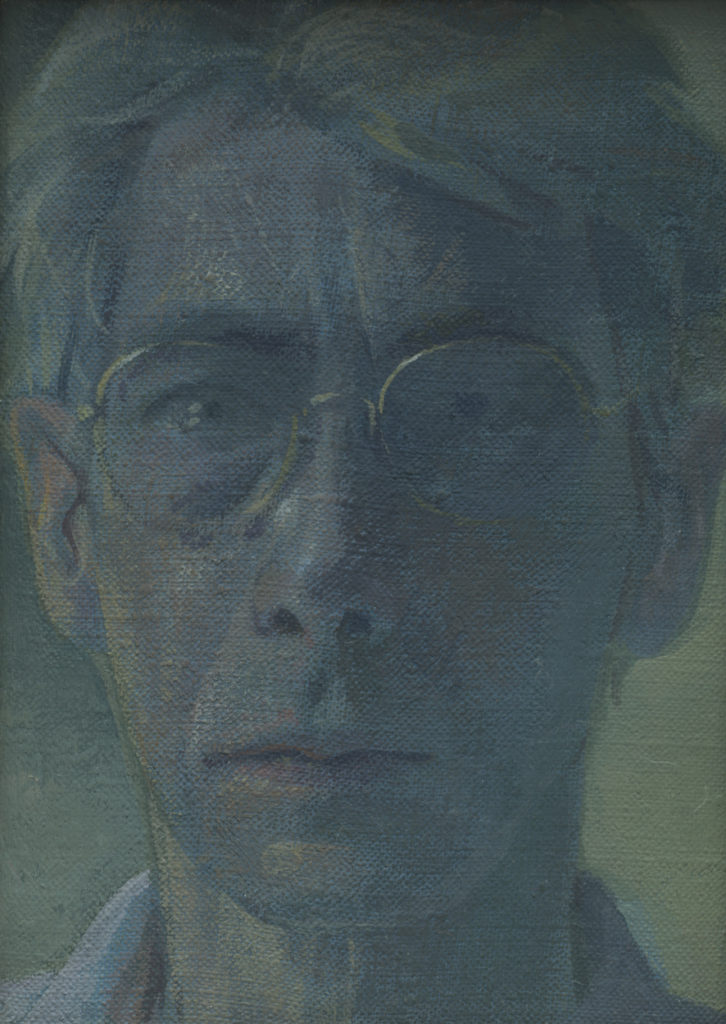 Born in Huddersfield, West Yorkshire, Tindle studied at Coventry School of Art, and since the 1970s has been one of Britain’s leading painters in the meticulous early Renaissance technique of egg tempera. Elected a Royal Academician in 1979, he now lives and works in Italy. The Caller was one of his first major works in tempera, and was his chosen piece for inclusion in the Royal Academy Summer Exhibition in 1974.

Reflection from the Garden was formerly in the collection of the critic Brian Sewell, who once described Tindle as ‘a painter in that quietly Romantic tradition of British Art that stems from Samuel Palmer and is concerned with small, intimate, domestic subjects that are synecdochisms for the greater grandeurs of Turner’s sunset, twilit calms, and as inseparable from method and technique. I first saw Tindle’s paintings when I was a student at the Courtauld Institute and have watched his progress ever since. I own seven spanning the years since 1953, from which I still learn, as the seasons change, to see strange beauties in the commonplace. Marina Vaizey observed that his paintings grow “ever more refined … ever more beautiful” – I have no better words for them.’ Another early collector of Tindle’s work was John Minton, who introduced the young artist to Lucien Freud and Francis Bacon.

Tindle’s paintings can be found in all major public collections in the UK. As well as the three works in the Tate, and two self- portraits in the National Portrait Gallery, he is also in the collections of the Arts Council, the Government Art Collection, the Museum of London and the Royal Library of Windsor Castle.

Reflection from the Garden, 1991