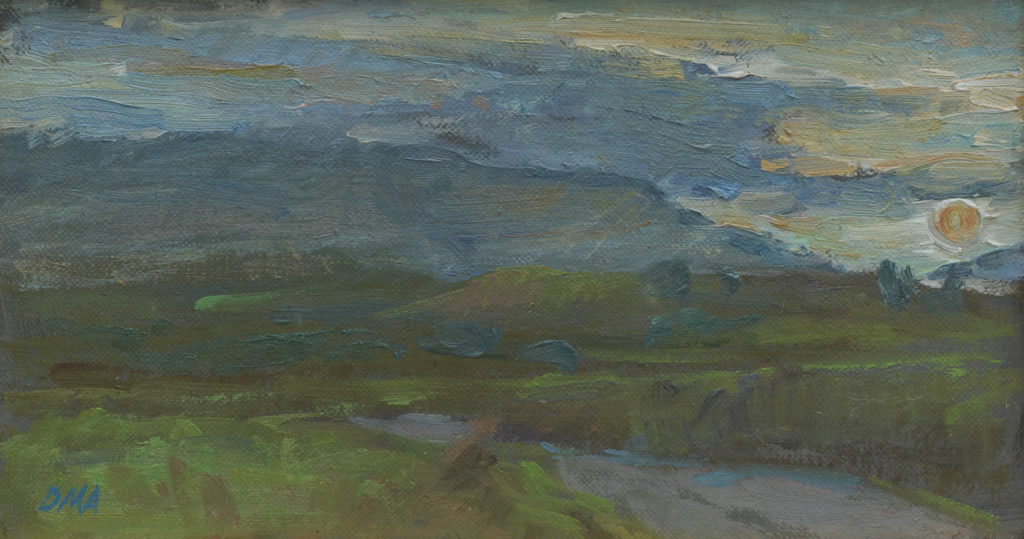 Now approaching her hundredth year, Diana Armfield was already in her seventies when she was elected RA in 1991. She studied at the Central School of Arts and Crafts and the Slade, where she met her future husband and fellow RA, Bernard Dunstan. Having started her career in textile and wallpaper design, with Roy Passano she contributed to the 1951 Festival of Britain. In 1965 she turned to painting, pursuing a close working relationship with her husband over the course of seven decades. ‘I always feel that I have to know what I am doing,’ she has remarked of her work, ‘make the gesture be alive and beautiful.’

Her influences have included Bonnard and Sickert – her admiration for the latter making her an artist of natural interest to Christopher Mason-Watts. This work was painted in north Wales, where she and Dunstan had a cottage.