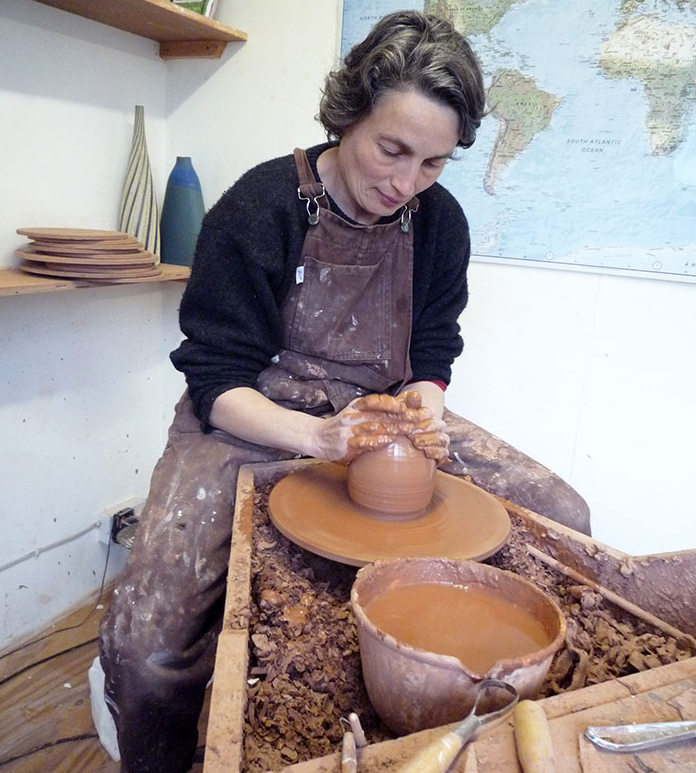 Emily Myers discovered she had a natural aptitude for ceramics when she first came across pottery at school at the age of 12; she has been working with clay ever since. After graduating with a degree in Ceramics from Bristol Polytechnic in 1987, she returned to her home town of London, and found she enjoyed working within a shared workshop environment, with other craftspeople.

A move to the countryside in the late 1990’s signalled a change in Emily’s work. Architectural influences gave way to organic ones. The rolling hills and ploughed furrows of North Hampshire were reflected in the carved lines within the pots. Inspiration was also drawn from found objects such as knapped flints and old metal cogs.

Emily Myers is a Crafts Council selected maker and member of the Craft Potters Association. She has demonstrated regularly at Art in Action and other craft fairs. She has had solo shows at Beaux Arts in Bath and Contemporary Ceramics in London. Her work has also been shown in Tel Aviv, Hamburg, Paris and New York.