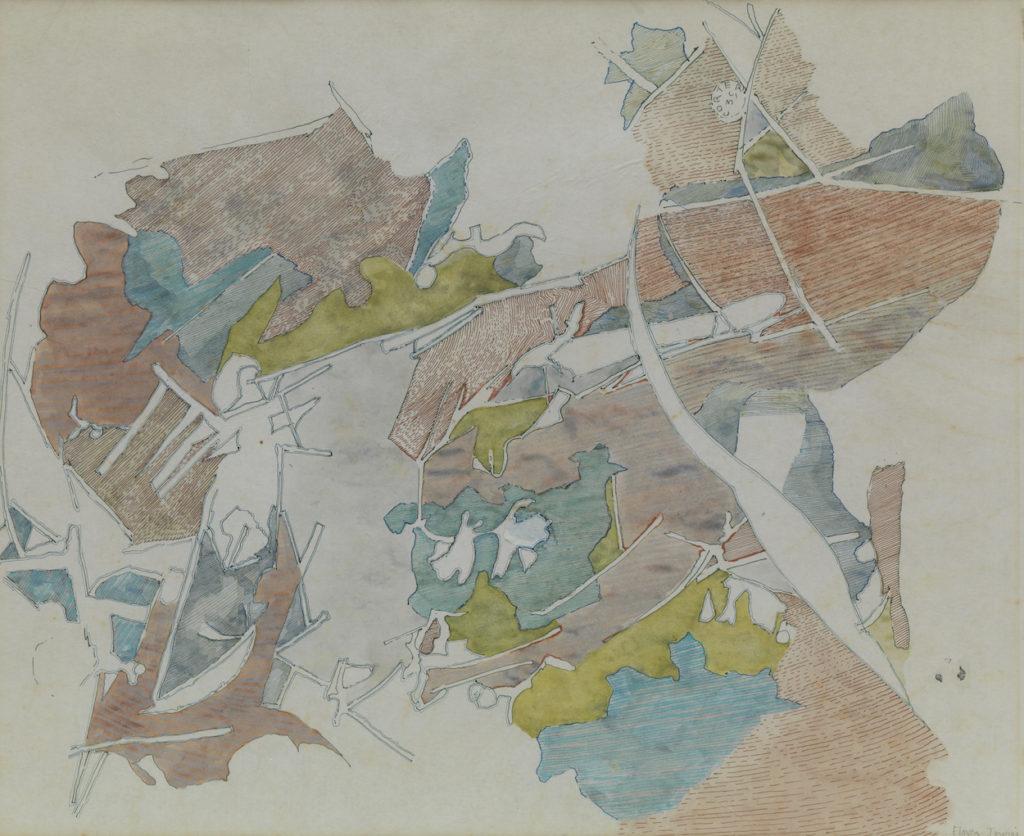 Born in London, Irwin studied at the Ruskin School of Drawing and Fine Art in Oxford and the Chelsea College of Art and Design under Henry Moore and Graham Sutherland. She went on to teach general design at the RCA, and eventually become head of decorative arts at the City and Guilds Art School. The wife of Sir Roger de Grey, she exhibited regularly at the RA’s summer shows, and was herself elected to the Royal Academy in 1996.

Following her death in 2009 The Times observed that she was ‘one of the last survivors from a great generation of traditionally trained British artists, and remained throughout her long life a staunch defender of skills derived from old-fashioned academic training, particularly in drawing.’ Irwin herself once remarked that ‘the drawings are the pictures; these are mostly executed in the salt marshes and oyster parks of south-west France. The information comes from the observation of water shadow, land shadow and water reflection and all the residue of retreating tides.’