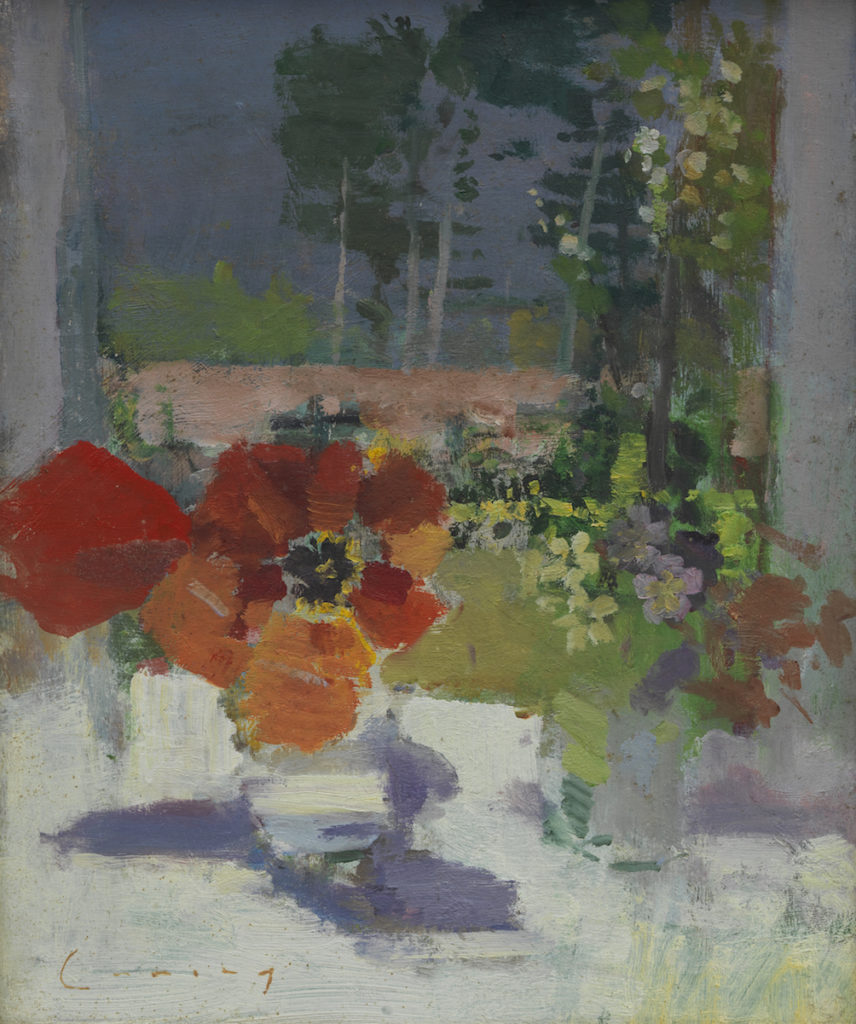 Fred Cuming is a subtle colourist who specialises in landscapes in Britain and on the Continent. Having trained at the Sidcup School of Art and, after National Service, at the Royal College of Art, he was elected RA in 1974, aged only forty-four – at that time the youngest member ever to have been elected. He has had a string of hugely successful one-man shows, with work included in many leading public collections, including the National Portrait Gallery and the National Museum of Wales.

‘I am not interested in pure representation,’ Cuming has remarked. ‘My work is about responses to the moods and atmospheres generated by landscape, still life or interior.’ Morning Glory depicts the garden wall of his conservatory at his home near Camber Sands, East Sussex, and the artist selected it for inclusion in the Summer Exhibition at the Royal Academy in 1991.