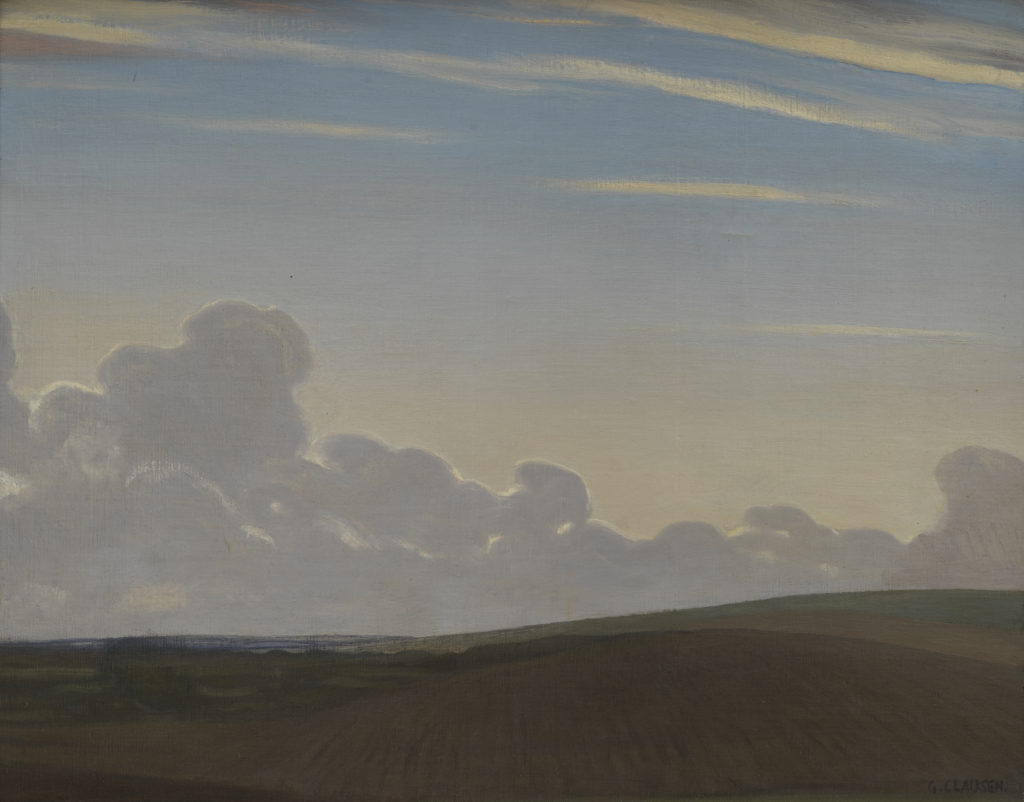 George Clausen achieved considerable success in his lifetime as an artist – he was elected to the Royal Academy in 1908 and knighted in 1927 – but his relationship to the Camden Town Group is fairly tangential. He was a founder member of the New English Art Club in 1886, and he helped to bring to Britain a version of French impressionism with paintings focusing on rural life and a rather romanticized view of everyday work. He thus helped to at least open the doors a little to the reception of Post-Impressionism in England when artists such as Gauguin, Van Gogh, Matisse and Picasso were first exhibited en masse in London in 1910.

The art historian Ysanne Holt has noted that the paintings shown at the Camden Town Group’s exhibitions by James Dickson Innes and Augustus John, ‘despite variations in handling, derive fundamentally from the same distaste for the homogeneity and the sham vulgarity of everyday life in London as those of Royal Academy stalwarts like George Clausen.’