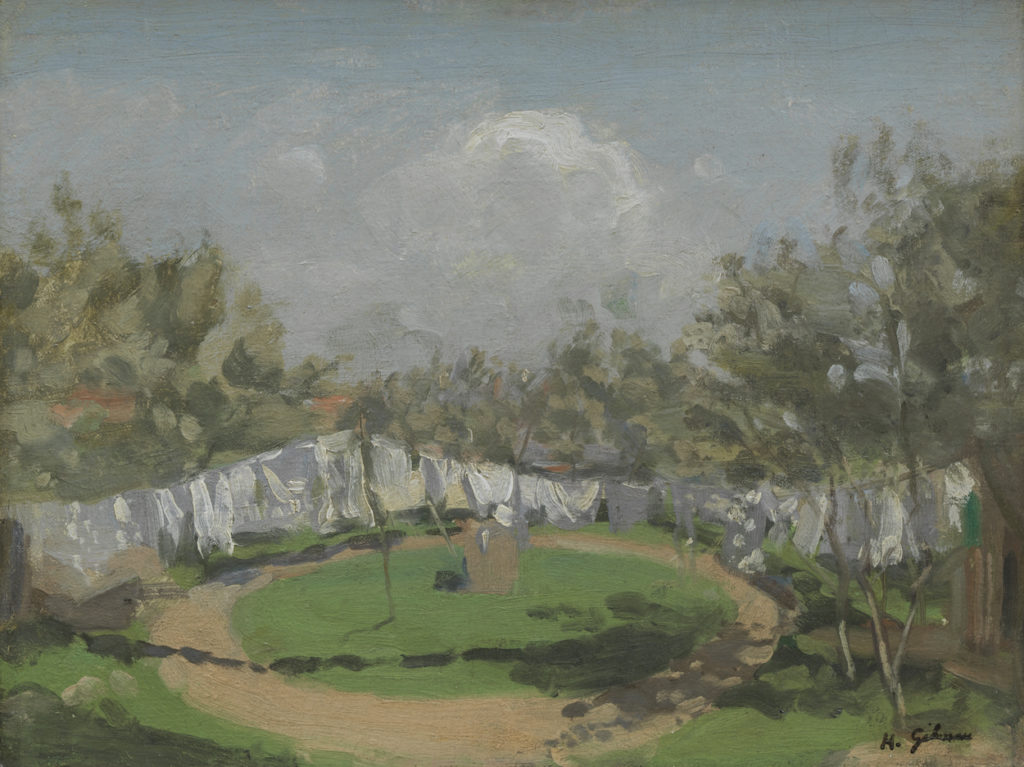 Harold Gilman was one of the leading figures in both the Fitzroy Street and Camden Town Groups. He studied at the Slade and between 1901 and 1903 he lived in Madrid, copying works by Vélasquez and Goya in the Prado. A chance encounter with Sickert in 1907 led to his joining the Fitzroy Street Group. He was a founder member of the Camden Town Group, and in 1913 became first President of the London Group. In the years up to the Great War he also exhibited regularly with the Salon des Indépendants in Paris.

Van Gogh was a huge influence on Gilman, and Wyndham Lewis would later write that on entering Gilman’s room ‘you would find Van Gogh’s Letters on his table: you would see post cards of Van Gogh’s paintings beside the favourites of his own hand. When he felt very pleased with a painting he had done latterly, he would hang it up in the neighbourhood of a photograph of a painting by Van Gogh.’

Though they were interested in similar subjects and themes, Gilman tended towards a brighter palette than Sickert, and the two men eventually fell out. Along with Ginner and Bevan, he formed a new exhibiting society, the short-lived Cumberland Market Group. Sadly, Gilman died young in the great Spanish flu epidemic of 1918-19, only a day after his forty-third birthday.

This picture may have been a pendant to “Washing in the Snow” exhibited at the inaugural Camden Town Group exhibition at the Carfax Gallery in 1911. (see p.226 Baron, The Camden Town Group, Scolar Press,1979