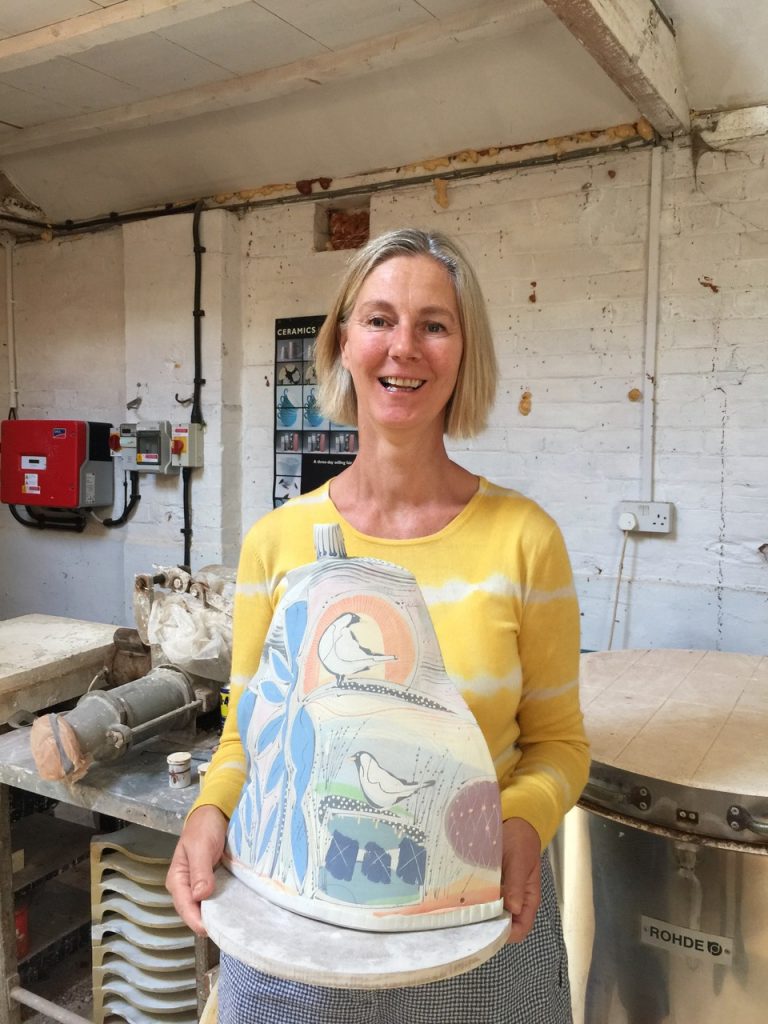 Irena has been a potter for over thirty years. She began in Wardour, just outside Tisbury, where she first trained and worked, and then in the South of France. In 2000 Irena returned to the UK, and established her workshop close to Southwold, in Suffolk. Her style has developed through a strong interest in the English 20th century decorative arts tradition. She makes both decorative and functional pieces.

Much of Irena’s work starts out on the wheel, and may then be altered and assembled, other pieces are entirely handbuilt using rolled slabs. She works predominantly in earthenware clay, for its warmth as a material and its connection to traditional slipware. Irena uses a wide variety of decorating techniques such as wax and latex resist, sliptrailing and sgraffito. The slips are saturated with stains and oxides, which allows a painterly process of building up and layering and gives the work its character. Each piece is individually decorated and unique.