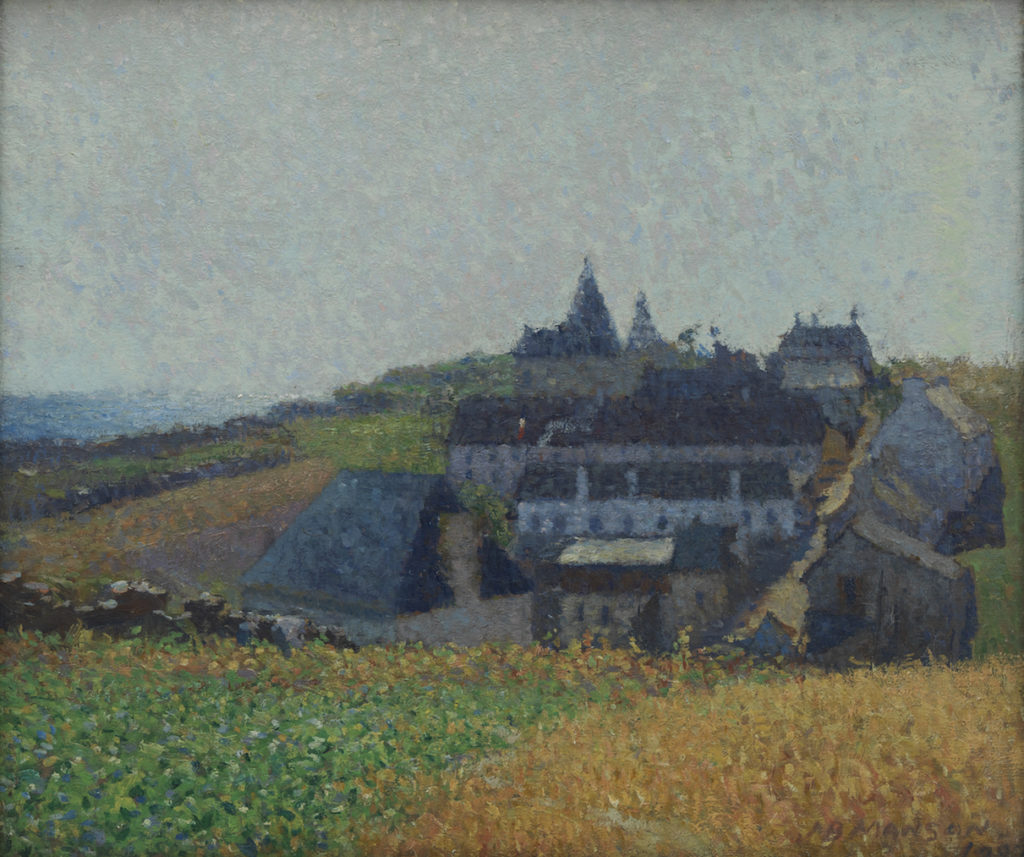 Born in London in 1879, Manson’s ambition to become an artist was strongly disapproved of by his father. By 1903, however, he had saved sufficient funds to marry and leave for Paris, where he studied at the Académie Julian. In 1907 he discovered the Breton fishing village of Douelan, a spot that would become much favoured by British painters in this period. In Summer Day Manson portrays a view across fields of ripe corn towards the village, the sparkling sea visible to the left. It is painted in the small touches of paint that characterise the work of Monet and Pissarro, so much admired by Manson, and is one of his most authentic Impressionistic landscapes. Two years later Manson met Camille Pissarro’s son Lucien, and from him learnt divisionist brushwork and adopted the high-key palette of the Neo-Impressionists.

Manson exhibited at the first Camden Town Group show in 1911, becoming a member and secretary. Describing the Royal Academy as a ‘concentrated block of bourgeois sentimentality,’ he saw the Camden Town Group as a challenge to its authority. He was appointed Assistant Keeper of the Tate Gallery in 1917, and was Director from 1930 to 1938, his increasing responsibilities leaving him little time for his own painting. But he specialised to an increasing extent in still life and flower paintings, and the Tate owns one of his finest examples in this genre, Michaelmas Daisies (1923).