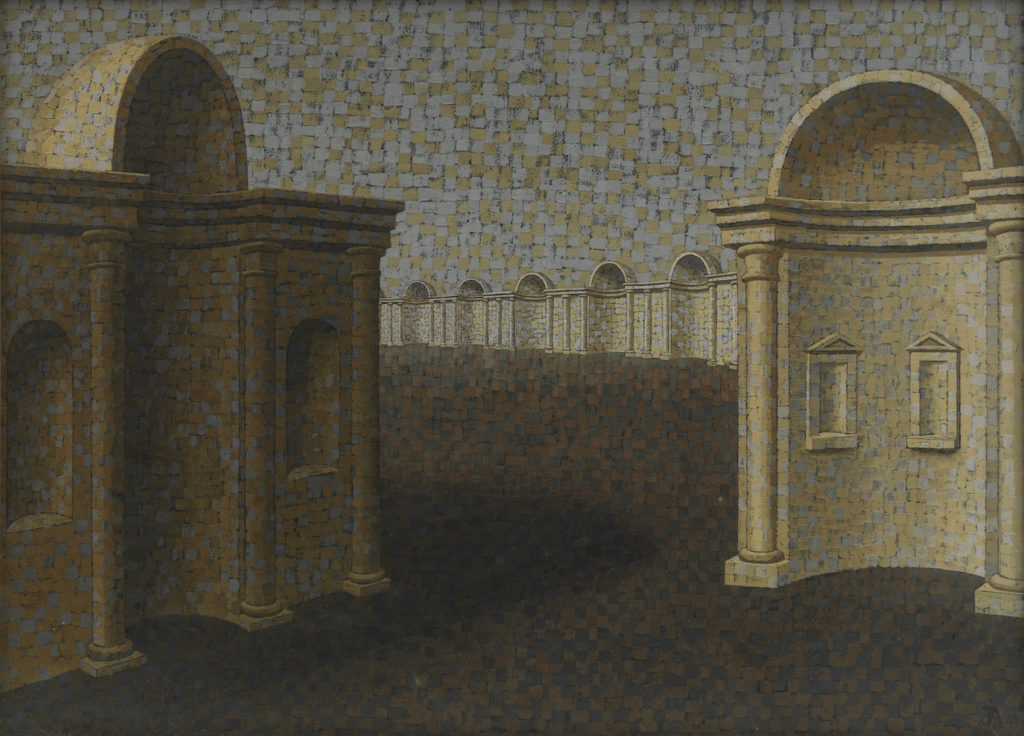 Armstrong trained at St John’s Wood Art School just before the First World War. He would later state that the only thing he learnt there was how to paint in egg tempura – the tricky medium he used for this work. Having served in Egypt and Macedonia in the Great War he returned to his art studies, and went on to develop a career in theatre design. In 1933 he was invited by Paul Nash to join the short-lived avant-garde art group Unit One, alongside Henry Moore, Barbara Hepworth, Ben Nicholson and Edward Wadsworth. Always politically motived, during the later 1930s Armstrong’s work became increasingly surreal. Like many artists who were influenced by that movement he owed a debt to the Italian painter Giorgio de Chirico, and his strange urban landscapes with their deserted classical buildings.

He was an official war artist during World War Two, an experience that deeply affected him. This painting comes from the end of that haunting period of his life. It promises, perhaps, a future of reconstruction rather than destruction. He was elected an Associate of the Royal Academy in 1966, and a memorial exhibition was held at the RA in 1975. His reputation is one of those among twentieth British art currently enjoying something of a deserved revival.