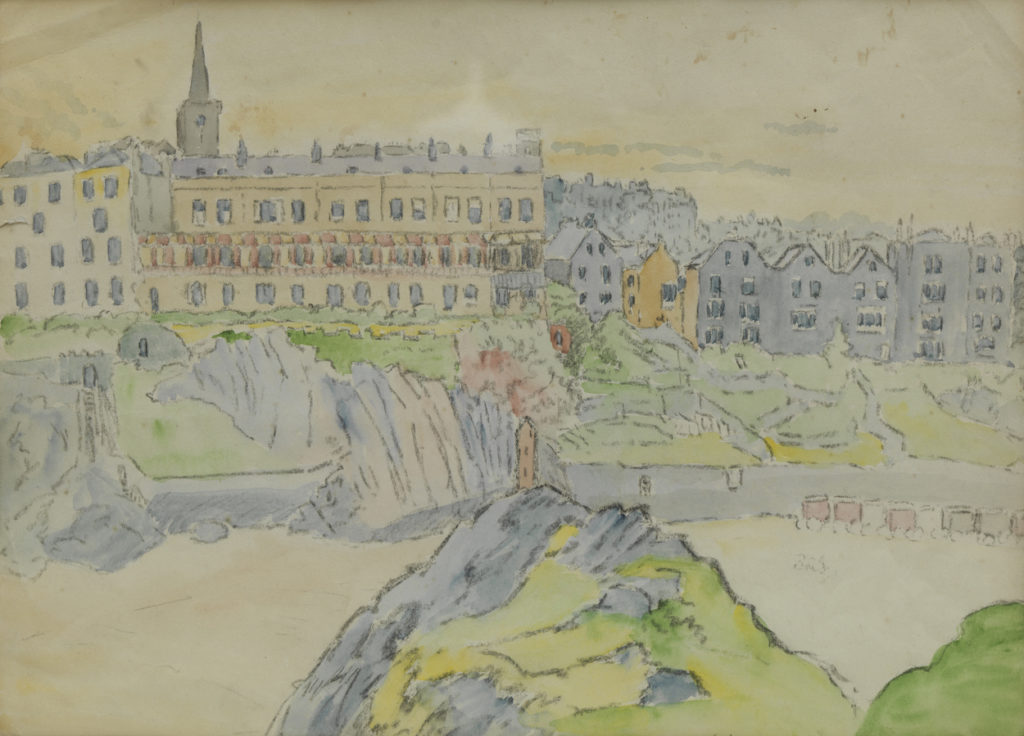 Very little is known about John Doman Turner. He lived at Streatham Hill, London, where he remained until his death in 1938. Apart from a few fragmentary records much of his life remains a mystery, but there can be little doubt that his deafness affected his decision to remain a stockbroker’s clerk, and not to adopt the insecurity of life as a full-time artist.

Between 1908 and 1913 Turner took drawing lessons from Spencer Gore, to whom he sent his drawings, which Gore would return with handwritten notes. During 1911 Turner showed many works in various exhibitions including the New English Art Club and the first Camden Town Group Exhibition. He exhibited at the following two Camden Town shows, and Dr Wendy Baron believes Grand Hotel at Eastbourne was probably one of those exhibited at the group’s third show, in 1912. He never worked in oil, and many of his pictures – in watercolour, pencil, charcoal or chalk – were made during holidays to British seaside towns and villages such as Tenby, Walberswick, Eastbourne and Folkestone. A number of Doman Turner’s works are in public collections, including the Courtauld and Southampton Art Gallery, but his output was very small, and there are very few recorded works extant.