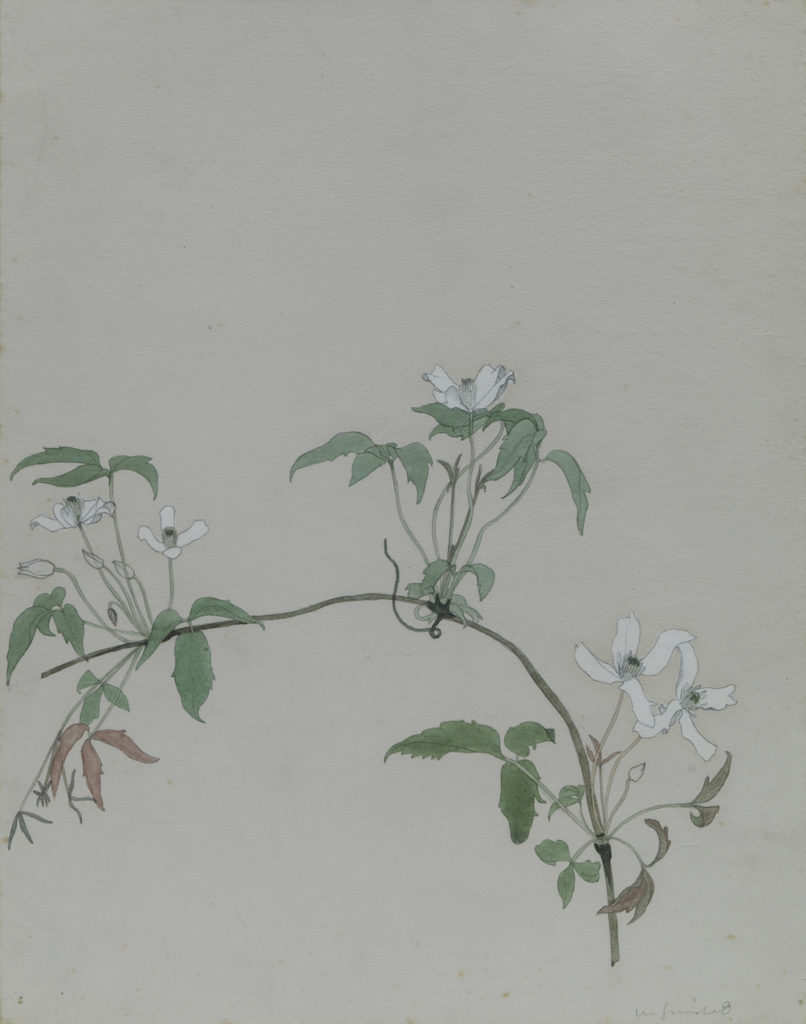 John Nash was the younger brother of the famed avant-garde British artist Paul Nash. Paul advised him against going to art school, and he was thus largely self-trained. He served with the Artists’ Rifles during the First World War, and was employed as an official war artist. The resulting paintings were among his most modern, and he reverted to a more traditional style in the 1920s.

Like his brother he was a great lover of nature and the English countryside, and he particularly enjoyed botany, making many beautiful images of plants and flowers, both in wood-engraving and watercolour.