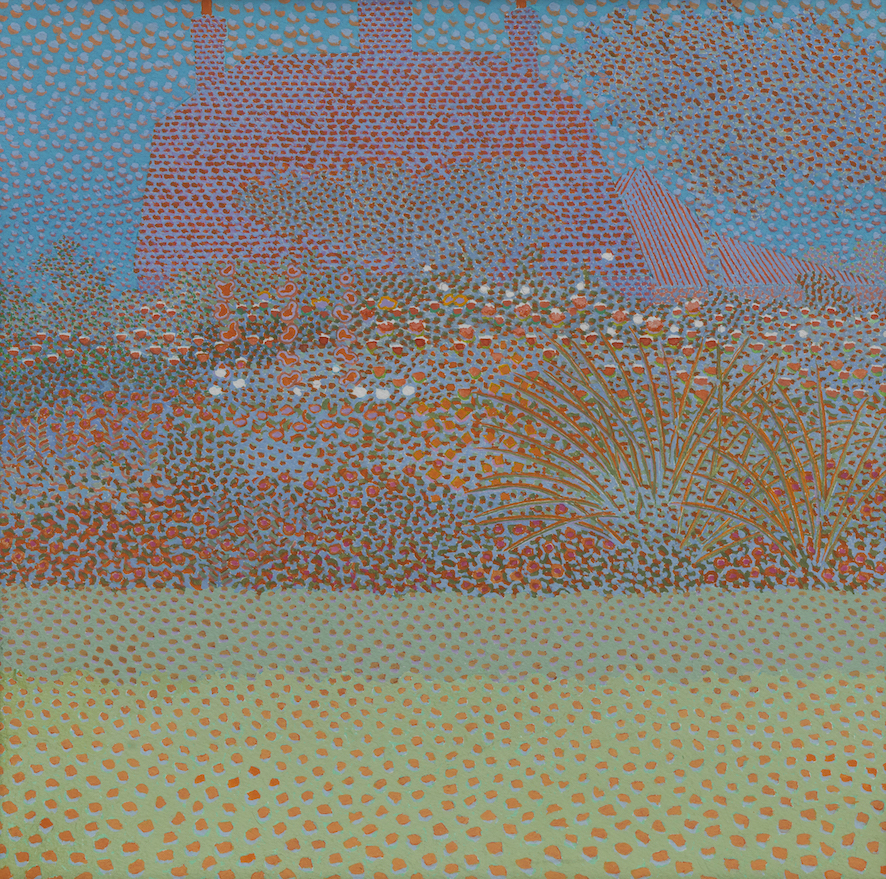 ‘John Titchell was a fine draughtsman. A simple approach, very straight, intense observation, bent on finding out what he needed for his work,’ Fred Cuming wrote in his obituary of his fellow Royal Academician in 1998. ‘I know of nobody who used colour in his manner.’ This attitude to colour was, in part, the influence of Titchell’s travels in India during the Second World War, where the light and its brilliance amazed him.

After training at Sidcup Art School he went on to the Royal College of Art, where his tutors included Carel Weight and John Minton. He was known to sit and paint the same scene at numerous different times of the day or year, resulting in series of works such as the two included here, separated in time by just a few hours, and offering slight variations in colour and form.