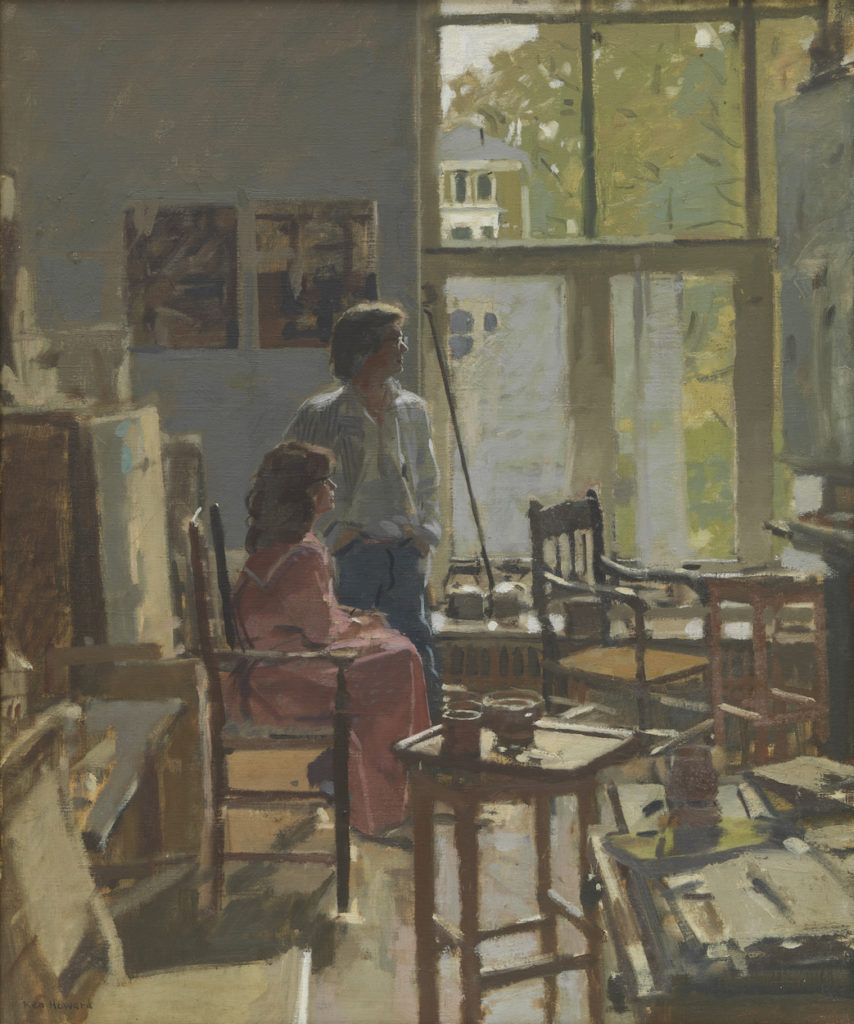 Ken Howard is probably one of the best-known and most collected British figurative artists of the late twentieth and early twenty-first century. This double portrait of Christopher Mason-Watts and his wife Nicky was painted in 1987 – before Howard became famous, and when he was largely still unknown except to those in the art world. It was painted in the artist’s Kensington studio, which was once the studio of the great Irish portraitist Sir William Orpen (1878-1931). Born in London in 1932, Howard studied at Hornsey College of Art and then from 1955 until 1958 at the Royal College of Art. Elected ARA in 1983 he became RA in 1991, and was President of the New English Art Club from 1998. He has been painting in Venice since 1958, and considers the city one of his three favourite plein air locations – the other two being London and Cornwall.

‘I want art to celebrate life,’ Howard once wrote, ‘whether it be human dignity expressed by Velasquez or Cézanne, or the wonders of nature expressed by Corot or Monet. For me my main inspiration is light and it is through light that I want to celebrate my world.’