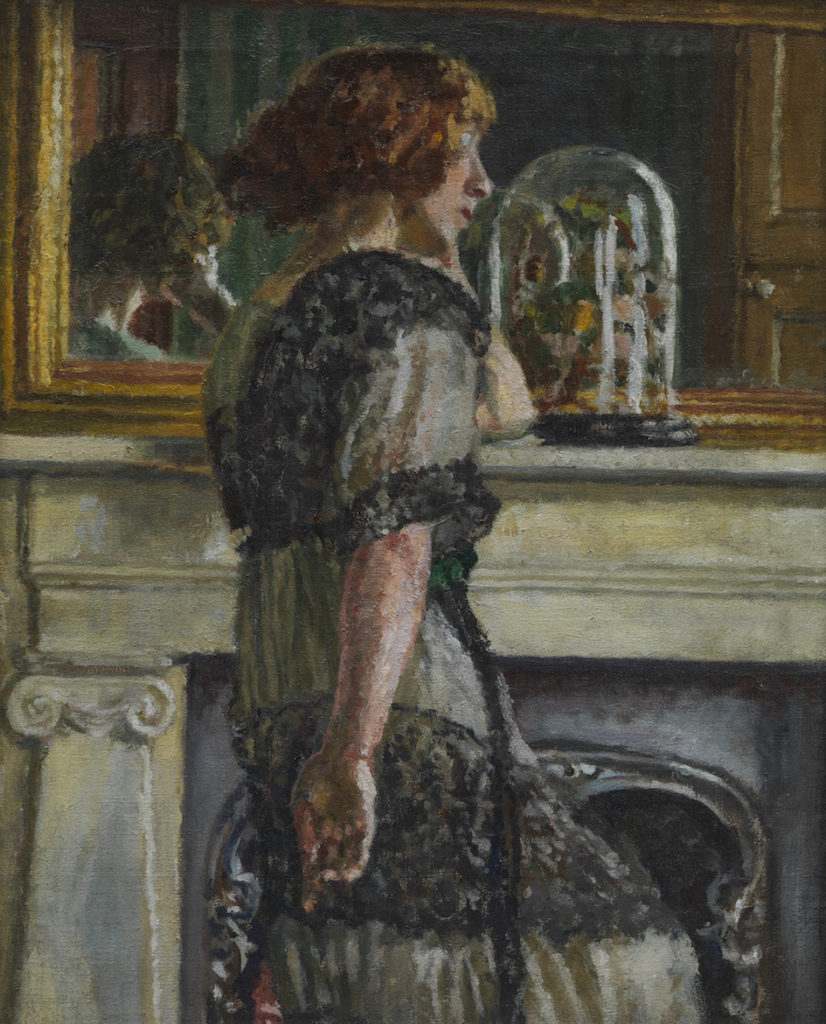 Malcolm Drummond studied History at Oxford University before abandoning a promising career as an estate manager to become an artist. He attended the Slade, and from 1908 to 1910 was a pupil of Sickert’s at the Westminster School of Art. In 1910 he was one of the first students to attend Sickert’s new school, Rowlandson House, and he attended the Saturday afternoon gatherings at 19 Fitzroy Street. Although he was a founder member of the Camden Town Group, and a good friend of Robert Bevan, Spencer Gore and Charles Ginner, he is one of its least well-known members. Like his friends, Drummond was heavily influenced by the Post-Impressionists, and like them painted scenes of everyday life and domestic interiors, as well as portraits such as this one.

By the time of his death, Drummond was living in relative obscurity – blind and forgotten except by a few friends and fellow artists. There has, however, been increasing recognition of his work, including an Arts Council solo exhibition in 1963-4. As Quentin Bell pointed out in his introduction to the accompanying catalogue, Drummond was ‘a quiet revolutionary,’ too advanced for some, not advanced enough for others. His remarkable gift as a colourist is to be seen in the striking portrait (probably of his wife), Girl with Palmettes (c. 1914), which was acquired for the Tate in 1966.