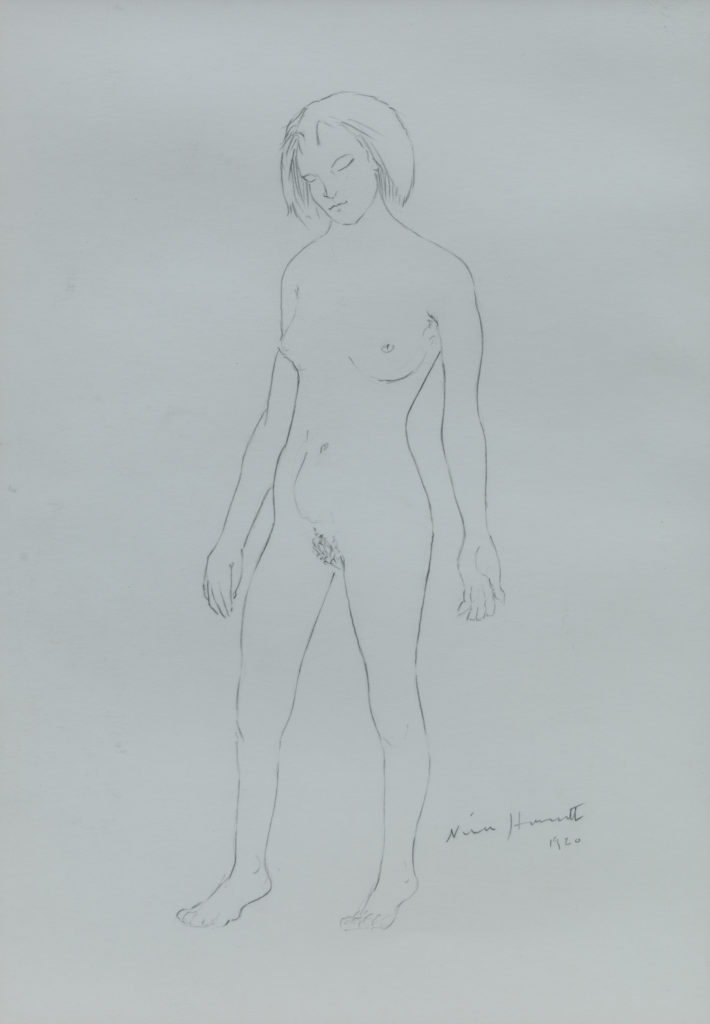 There is a small painting by Walter Sickert in the Tate collection titled The Little Tea-Party. Painted in 1915 or 1916 it is a portrait of Nina Hamnett and her husband, the Norwegian artist Roald Kristian. It is one of the last of Sickert’s two-person interiors that depicted often rather strained relationships, the most famous of which is Ennui, of around 1914, also in the Tate. Born like Augustus John in Tenby, Pembrokeshire, for a while Hamnett was a similarly promising young artist. She found employment at the Omega Workshop, exhibited at the Royal Academy and was admired by Sickert, who recommended her as a teacher of drawing to the Westminster School of Art.

She moved in the Bohemian circles of London and Paris and posed for Henri Gaudier-Brzeska and Roger Fry, as well as Sickert. But sex and drink eventually got the better of her, and she squandered her talent becoming, instead, London’s ‘Queen of Bohemia’. A memoir published in 1932, Laughing Torso, was a best-seller, but she died following a drunken fall from a window.