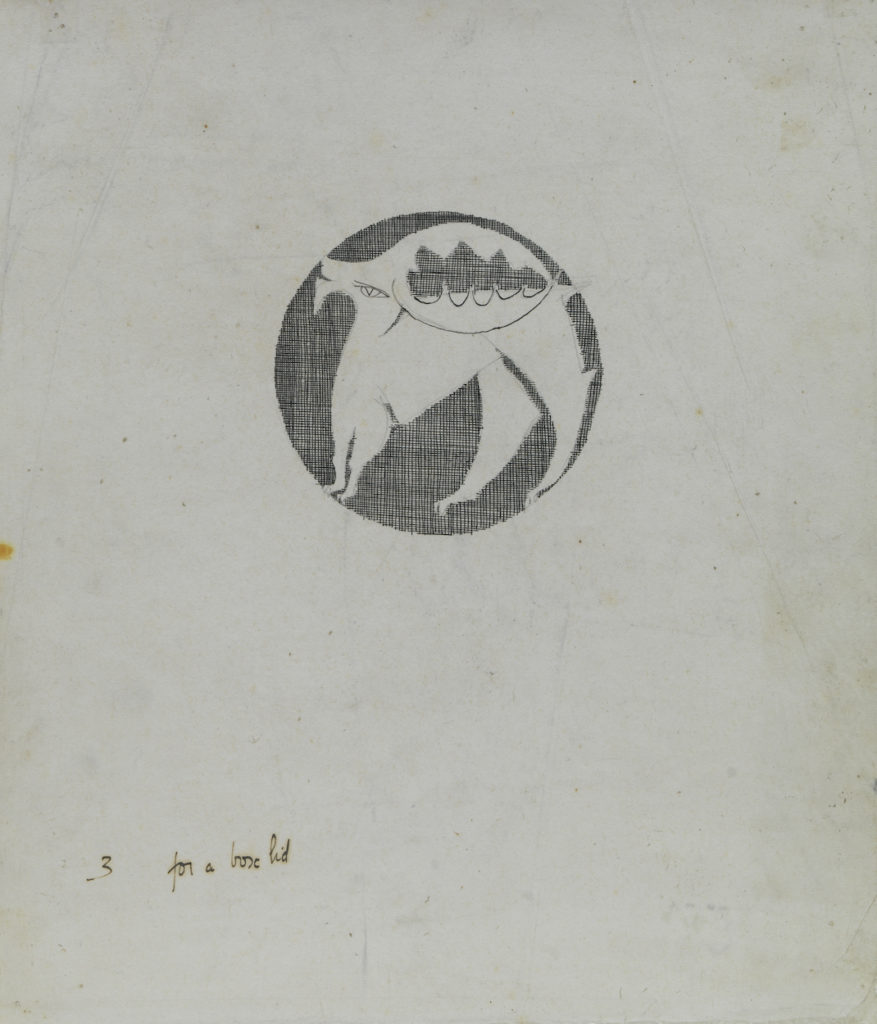 Percy Wyndham Lewis was very much the bad man of twentieth-century British art and letters, the self-styled rebel and tyro. Born of an American father and a British mother, he studied at the Slade. He went on to travel widely in Europe, though he focused more seriously on his writing. Inspired by the Post-Impressionist exhibition in 1910, he became a founder member of the Camden Town Group in 1911 and the London Group in 1913. Included in the Second Post- Impressionist Exhibition at the Grafton Gallery in 1912, he joined Roger Fry’s Omega Workshops not long after it opened in 1913, where his fellow artists included Vanessa Bell, Duncan Grant, Frederick Etchells, and Henri Gaudier-Brzeska. It was during his three-month employment there that Lewis made this design for a pot lid, which is annotated in Roger Fry’s handwriting.

Following a quarrel with Fry, Lewis went on to co-found the Rebel Arts Centre in 1914 and he would be the leading figure in the Vorticist movement, editing and contributing much of the written material for their virulent magazine, BLAST, in 1914 and 1915.

An official First World War Artist, Lewis was one of the twentieth-century’s most iconoclastic and significant modern painters. The Tate held retrospectives of his work in 1956 and 2011, and his work can be found in most major collections.