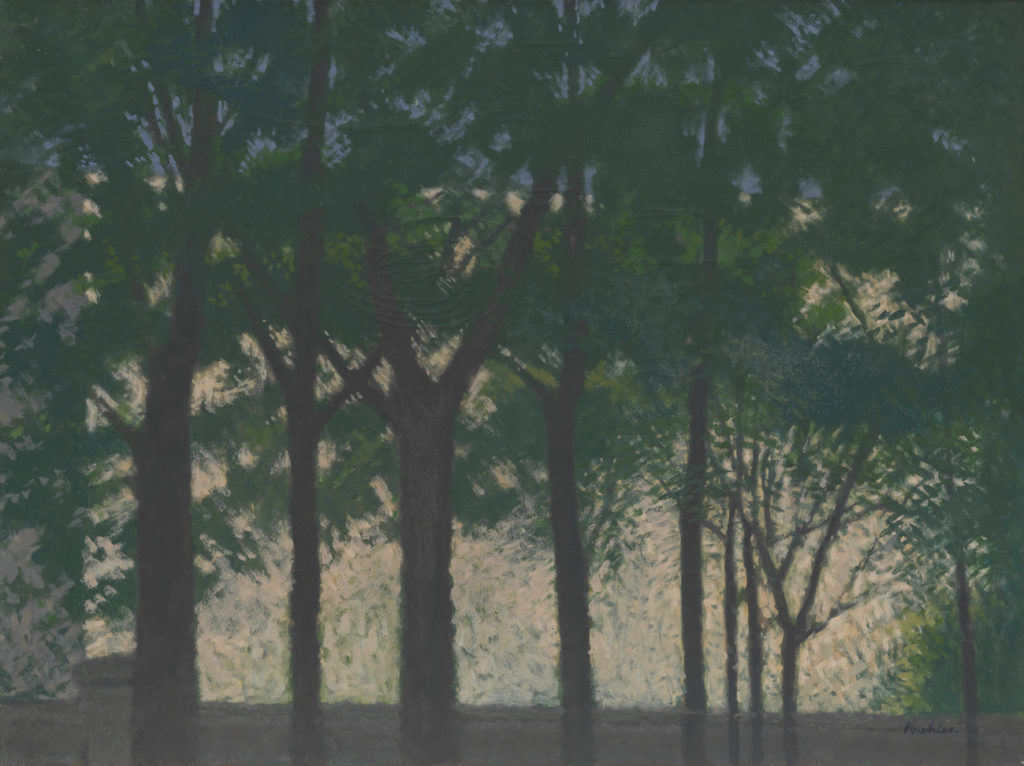 Born in London to Swiss parents, Buhler studied at the Kunstgewerbe Schule, Zürich and then at St Martin’s School of Art, where his tutors included Leon Underwood. In 1936 he won a scholarship to the RCA, though his time there was brief as he left to focus on exhibiting. Coming under the influence of the Euston Road School painters, by 1946 he was showing his characteristic views of London with the New English Art Club and at the Royal Academy, to which he was elected in 1956. After the war he taught at the Chelsea School of Art, and then from 1948 at the Royal College of Art.

As well as a painter of townscapes and landscapes, he was also an admired portrait painter. His subjects included a number of notable figures, including Stephen Spender, W.H. Auden, John Minton and Francis Bacon.