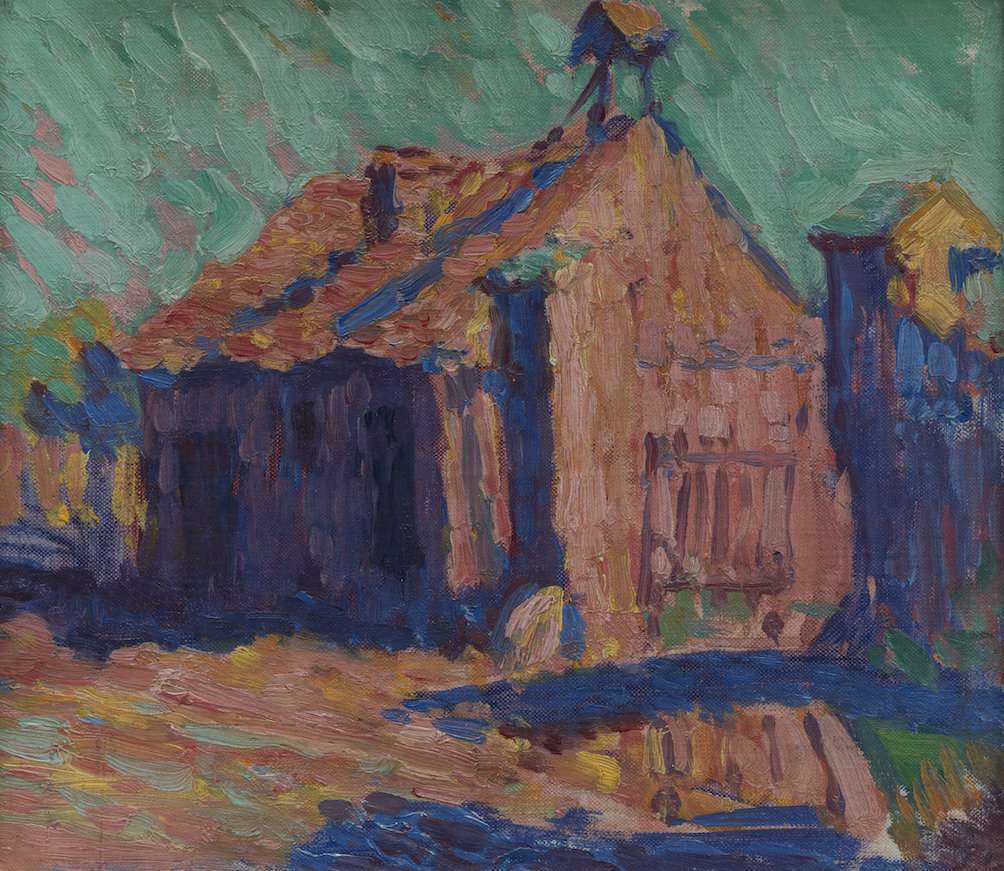 Gilman and Gore first saw and admired Bevan’s work when it was exhibited at the Allied Artists’ Association exhibition in London in 1908. They invited him to join the Fitzroy Street Group, and he would go on to be a founder member of the Camden Town Group. Bevan had studied in London and Paris, and in the early 1890s he worked at Pont Aven in Brittany, where he met and befriended Paul Gauguin. During his years in France he also met Cézanne and Renoir, and from an early stage was influenced by the work of Van Gogh. His independent wealth gave him time to develop his talent slowly, and to travel widely. In 1897 he met and married the Polish painter Stanislava de Karlovska (1876-1952), and they would spend regular summers holidaying and painting in Poland.

The two pictures in this collection represent two very different stylistic periods in his career. The first was painted in 1903, and in it we see just how advanced his paintings were compared to many of his British contemporaries. It was made using the divisionist technique that had been developed in the late nineteenth century by neo-impressionist French painters such as Georges Seurat and Paul Signac: tiny adjacent strokes of bright, pure colour create the effect of light. The second work is much later, painted when Bevan was living in Devon in around 1925, and it evidences the freer, more relaxed style of his later work.