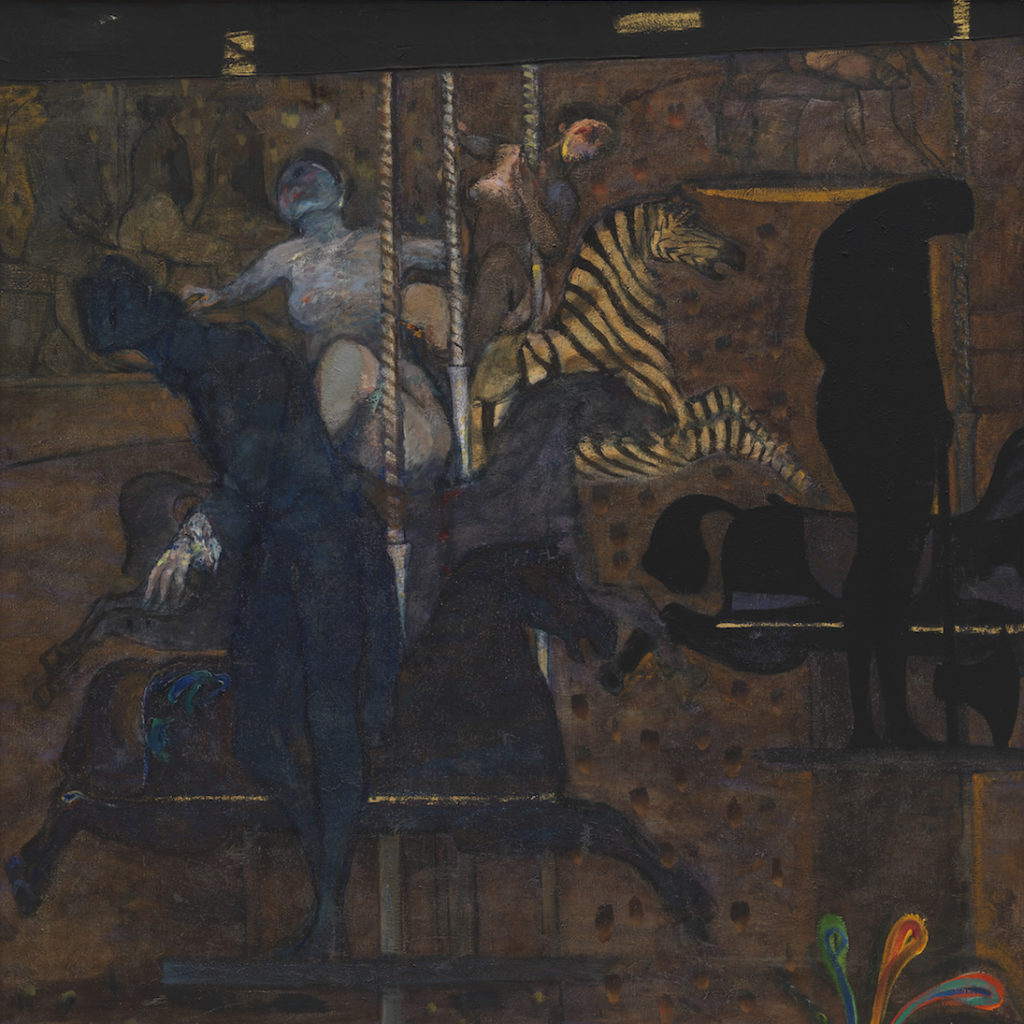 Sir Robin Philipson was one of the most important painters in Scotland in the second half of the twentieth century. Born in Cumbria, his family moved to Scotland when he was fourteen, and he subsequently studied at Edinburgh College of Art. Returning to Edinburgh after service in World War Two, he would become Head of Painting and Drawing at the College of Art in 1960, a position he held until 1982.

Philipson was also President of the Royal Scottish Academy from 1972 to 1983, and in 1976 he was knighted for his services to art in Scotland. ‘Hobbyhorse’ was an Elizabethan term for a prostitute, and the viewer is left to work out the significance of what is simultaneously a subtle and obvious narrative. The triptych was first exhibited at the 1987 Summer Exhibition, and was purchased directly from the artist for the Mason-Watts collection.