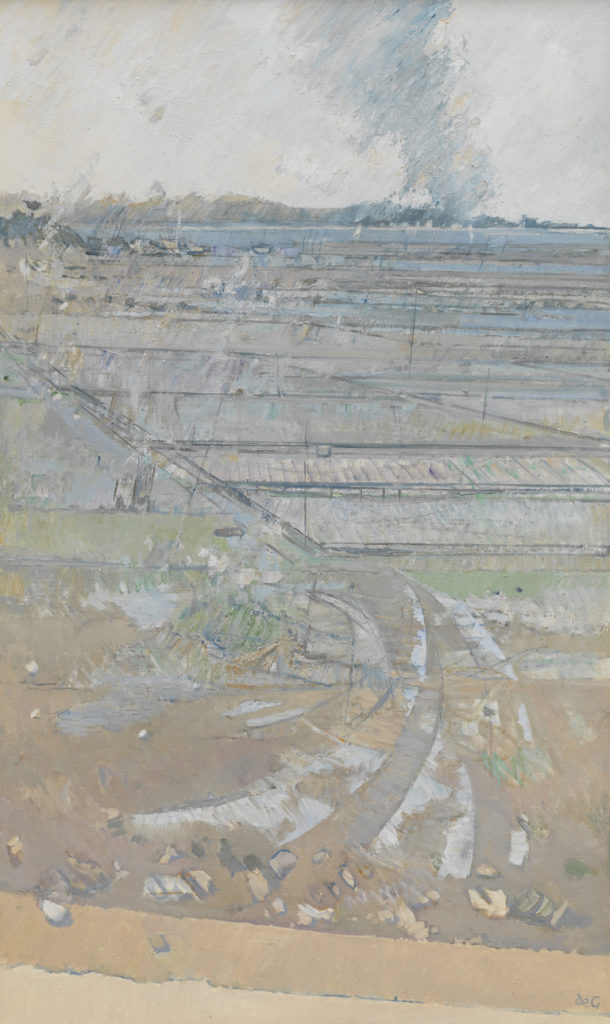 A nephew of the gifted Camden Town artist Spencer Gore, Roger de Grey had a long and distinguished career as a teacher, as well as a long and close association with the Royal Academy. Elected Associate in 1962 he became a full Academician in 1969 and was made President in 1984, serving until 1993. On his death in 1995 his obituary in The Independent described him as ‘one of the Academy’s greatest presidents of this century, admired by its staff and its membership, and was, with Sir Hugh Casson, responsible for the flowering of the institution over the last two decades.’

Much of his work was painted in and around his home in the south of France, and as he once said, ‘My paintings are begun in the open air, but imitate only the space and light – the idea is generated from the feel of the place and is only subconsciously pre-conceived.’ Represented in various public collections, he has three works in the Tate Collection.