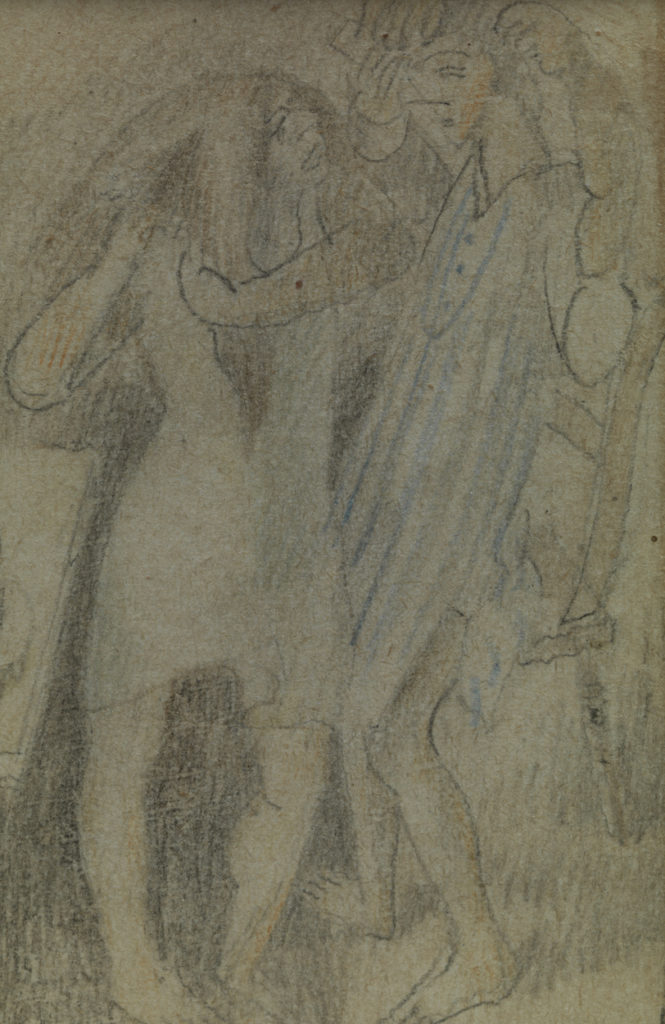 Stanley Spencer was one of the most visionary and idiosyncratic British artists of the twentieth century. Trained at the Slade alongside David Bomberg, Paul Nash, Mark Gertler and Dora Carrington, he was considered one of the most talented draughtsman the school had ever produced. He served with the Royal Army Medical Corps and the Berkshire Regiment in Bristol and Macedonia during the First World War – profoundly affecting experiences that subsequently inspired the famous series of paintings that fill the walls of the Sandham Memorial Chapel at Burghclere, Hampshire.

Elected to the Royal Academy in 1950, controversy soon followed when Spencer was threatened with prosecution for obscenity by the RA’s outgoing president, Sir Alfred Munnings, on account of a collection of his private drawings. Spencer married the artist Hilda Carline in 1925, and though they divorced in 1937, and Hilda died in 1950, he continued to make drawings and paintings of his everyday domestic life with her, as well as writing her many letters up to the time of his own death nine years later.