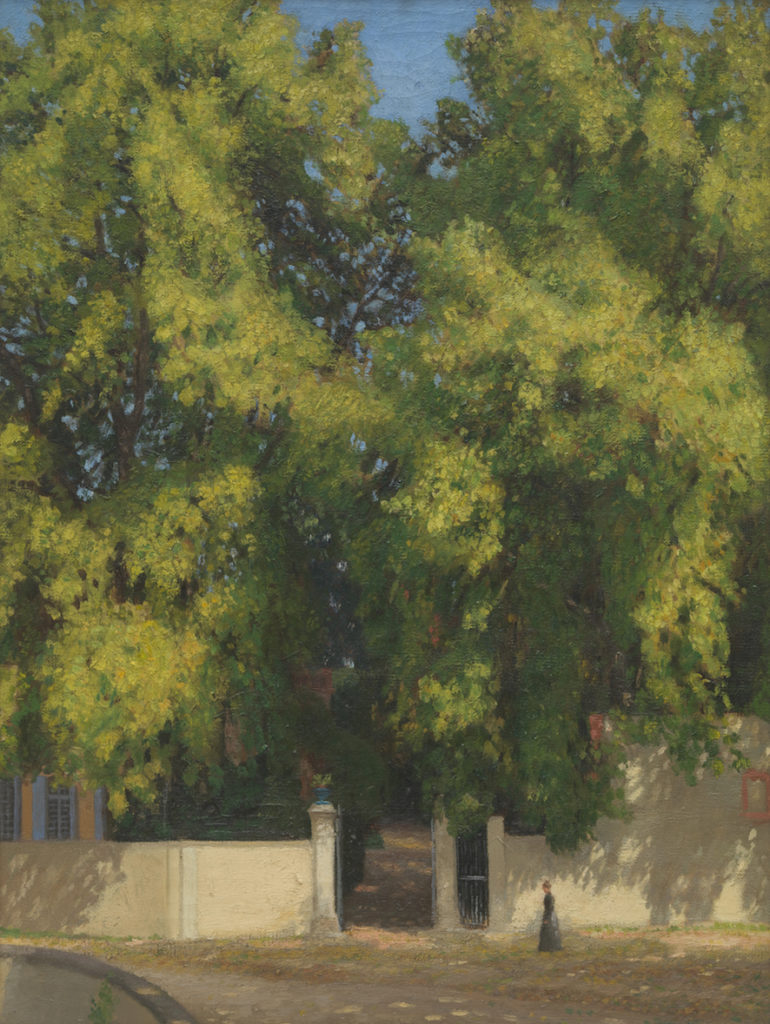 Spencer ‘Freddy’ Gore was one of the most exciting avant-garde artists working in England in the years immediately before the First World War. However, his career was tragically cut short when he contracted pneumonia whilst painting outdoors in Richmond Park and he died in March 1914, aged only thirty-five. He had trained at the Slade, where he knew Augustus John, Harold Gilman and Percy Wyndham Lewis. In 1904 he met Sickert at the latter’s home at Neuville, near Dieppe, and so inspired him with his talk of the talented young artists who had recently emerged from the Slade that Sickert decided to return to London. Back in England such an exciting exchange of ideas and techniques resulted between the two artists that Sickert later admitted his technique ‘was transformed from 1905 by the example of the development of Gore’s talent.’

Gore was a founder member and president of the Camden Town Group, and this painting of a street scene in Neuville was made in 1906, when he was staying at Sickert’s French studio. Inspired by the works of Gauguin that he saw at the 1910 exhibition of Post-Impressionism in London, Gore became increasingly and radically Modernist, his landscape forms becoming stylised with geometric shapes rendered in intense colours. His early death was a heavy blow to avant-garde art in England. Two months afterwards Sickert wrote that Gore was ‘the heir of the moderns, and he wears his wealth with nonchalant ease, as if he were unconscious of it, like a speaker naturally eloquent of a born musician.’