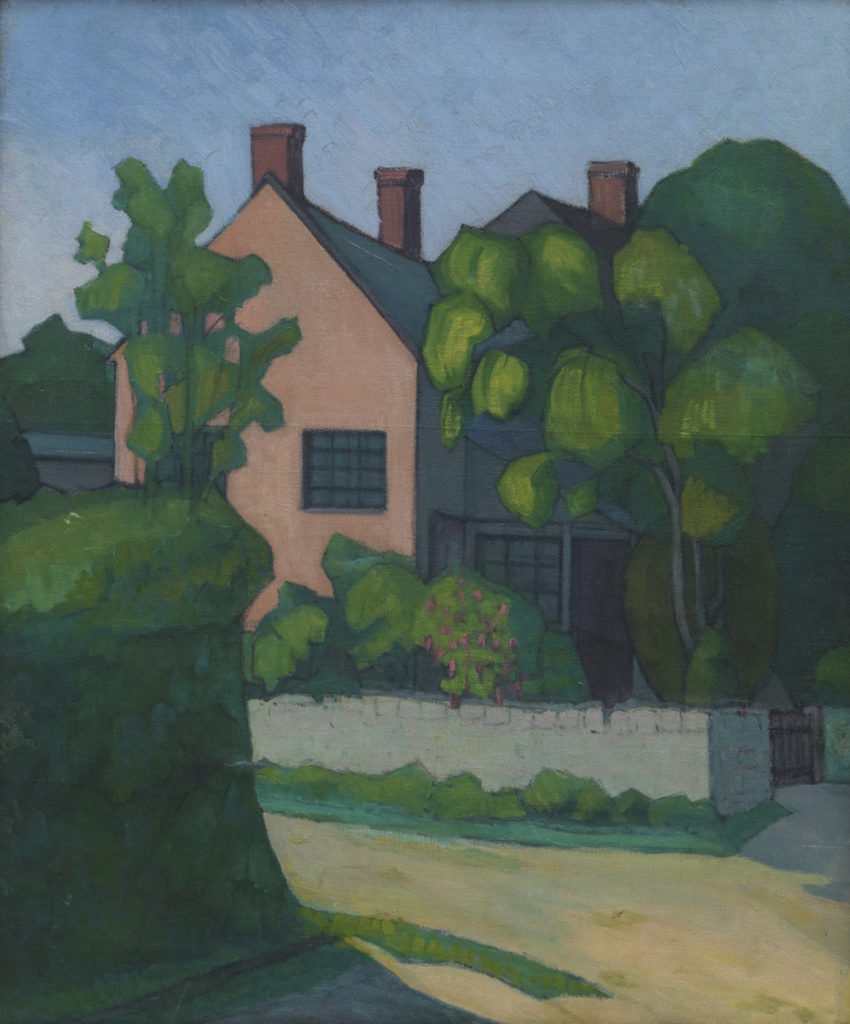 Born in Poland, Karlowska studied at the Académie Julian in Paris and in 1897 married fellow painter Robert Bevan. She began exhibiting at the Allied Artists’ Association and became involved with Sickert’s Fitzroy Street Group. Though as a woman she was not eligible to join the Camden Town Group, she did show with them at their Brighton Exhibition in 1913, and became a member of the London Group in 1914: she exhibited with them throughout the 1920s and 1930s.

Much of her work was done in London – notably her series of paintings of London squares – but she also painted in Poland and Brittany, in Devonshire (of which these two works are both fine examples) as well as in towns such as Bristol and Poole. A brief notice of her death in The Times pointed out that ‘Mrs. Robert Bevan … was not only the wife of a painter but herself, too, a painter of originality, with a strong colour sense … among painters and among Poles living in England she will be gratefully remembered.’ Her painting Berkeley Square is in the Tate Collection, and her work was also bought by the Contemporary Art Society.