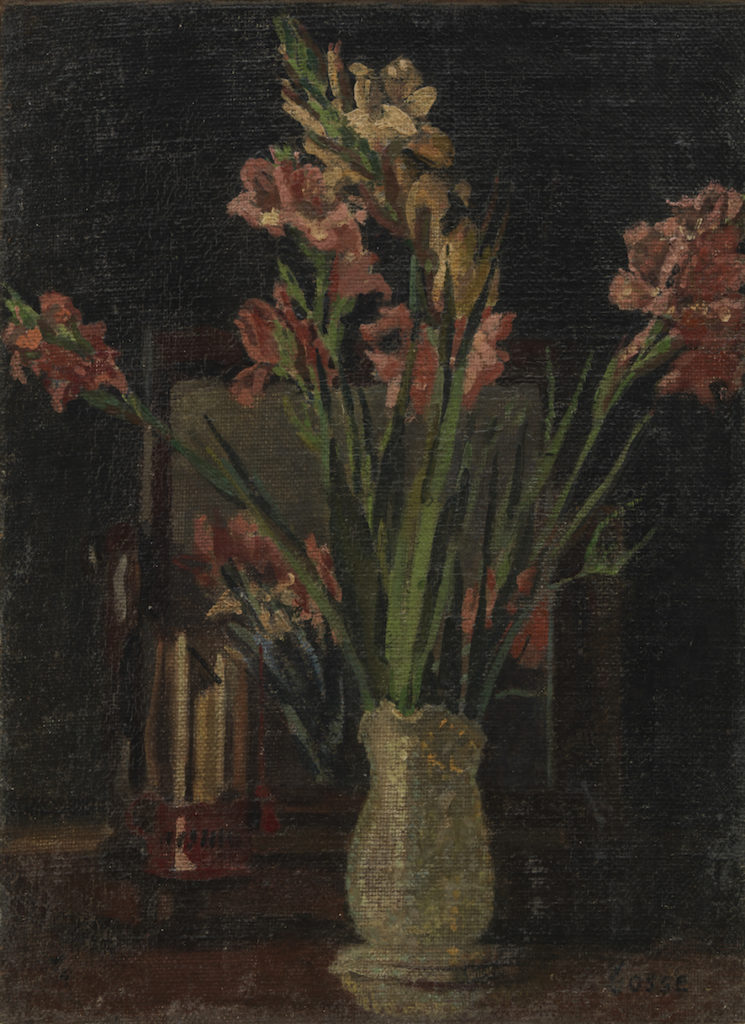 The daughter of the eminent Victorian man of letters Sir Edmund Gosse, Sylvia trained at the Royal Academy Schools, and from 1908 under Sickert at the Westminster Technical Institute. From 1909 she exhibited at the Allied Artists’ Association and began showing with the New English Art Club from 1911, the Royal Academy from 1912 and the London Group from 1914. In 1913 she had works included with the Camden Town Group in their exhibition in Brighton, and she was a founder member of the London Group.

Gosse was very close to Sickert, teaching with him at his Rowlandson House School before following him to Dieppe, where she nursed him and his wife through periods of ill health. She was also close to Gilman, but never lost her shyness and quiet modesty. Even her most intimate friends described her as a ‘living contradiction.’ Thomas Hardy, a friend of her father’s, remarked, ‘I have known Sylvia since she was a little girl, when I used to go up to the nursery and say good night to her in her cot, but I simply can’t get a word out of her these days.’