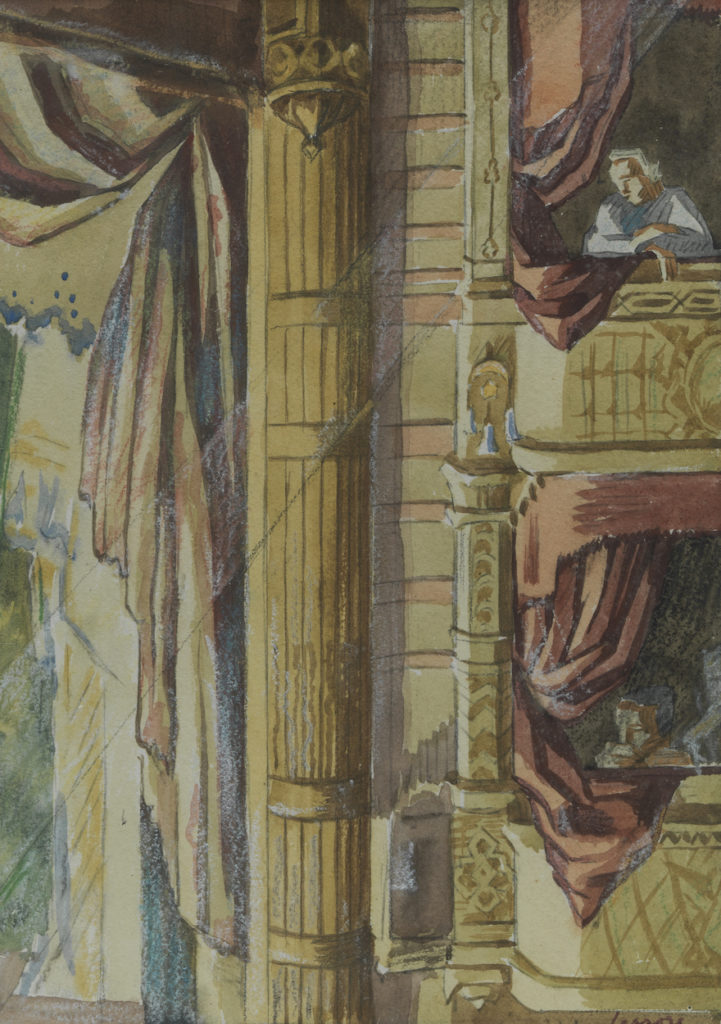 Therese Lessore, was born in Brighton, the youngest daughter of Jules Lessore, a painter and etcher who had moved to England in 1871. She went to the Slade and early in 1914 became a member of the newly founded London Group, and subsequently her work began to appear in many of the major avant-garde group exhibitions. She was brought into Sickert’s circle and he immediately spotted her as an extremely promising artist. After the Great War she lived next door to Sylvia Gosse and after she became estranged from her then husband, the painter Bernard Adeney, she grew much closer to Sickert, whose first wife had died in 1920.

A mutual love of the theatre and the music hall took her and Sickert on exploratory visits together, and this small watercolour of the Old Bedford on Camden High Street (demolished in 1969) was executed during this period. Lessore became Sickert’s third wige in 1926, and as he grew older she became more and more identified with him and his art. Indeed, as Sickert increasingly used photographs for his work, he let his wife and Sylvia Gosse do much of the preparatory work, including squaring up images and transferring them to canvas.