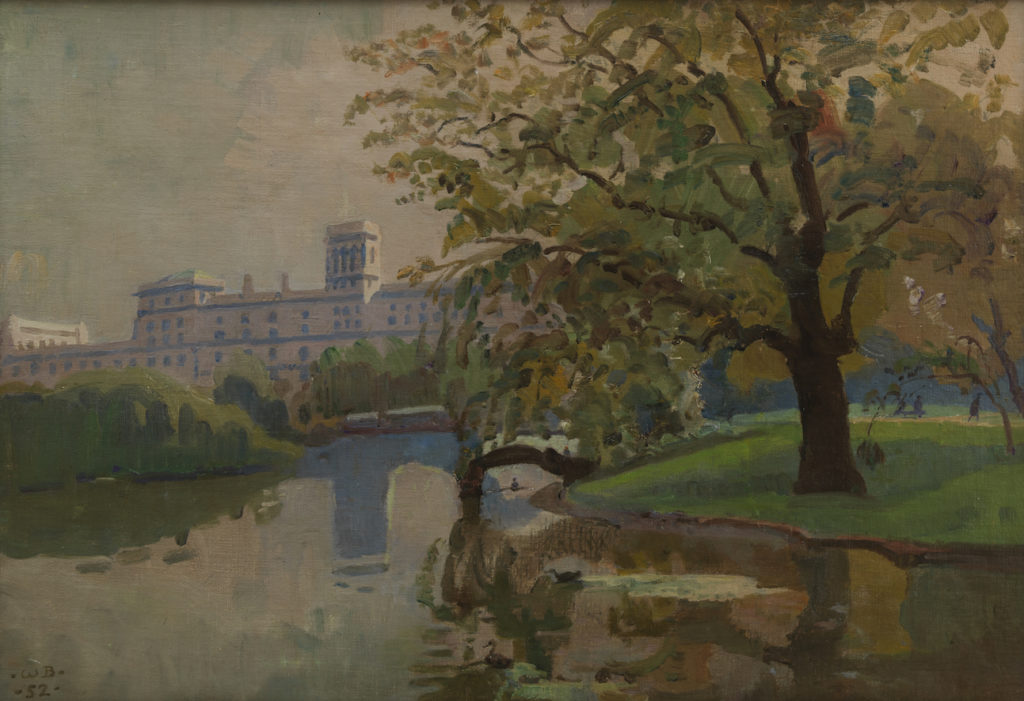 The son of a painter and etcher, Walter Bayes had already turned thirty by the time he began his art studies in 1900. He soon had work accepted for exhibition at the Royal Academy, and his paintings were seen and admired by Sickert in 1908: he invited Bayes into his Fitzroy Street circle, though as the Oxford Dictionary of National Biography observes, Bayes’s ‘rhythmic sense of composition, his gift for synthesis and simplification, and his idiosyncratic humour won admiration from critics but scant attention from collectors.’ Nevertheless, Bayes would be a founder member of both the Camden Town Group in 1911 and the London Group in 1913, and full recognition of his talents – both as artist and teacher – came in due course. His monumental oil painting, The Underworld: Taking Cover in a Tube Station during a London Air Raid (1918), now in the Imperial War Museum, is one of the finest officially commissioned works of the Great War to focus on the Home Front.