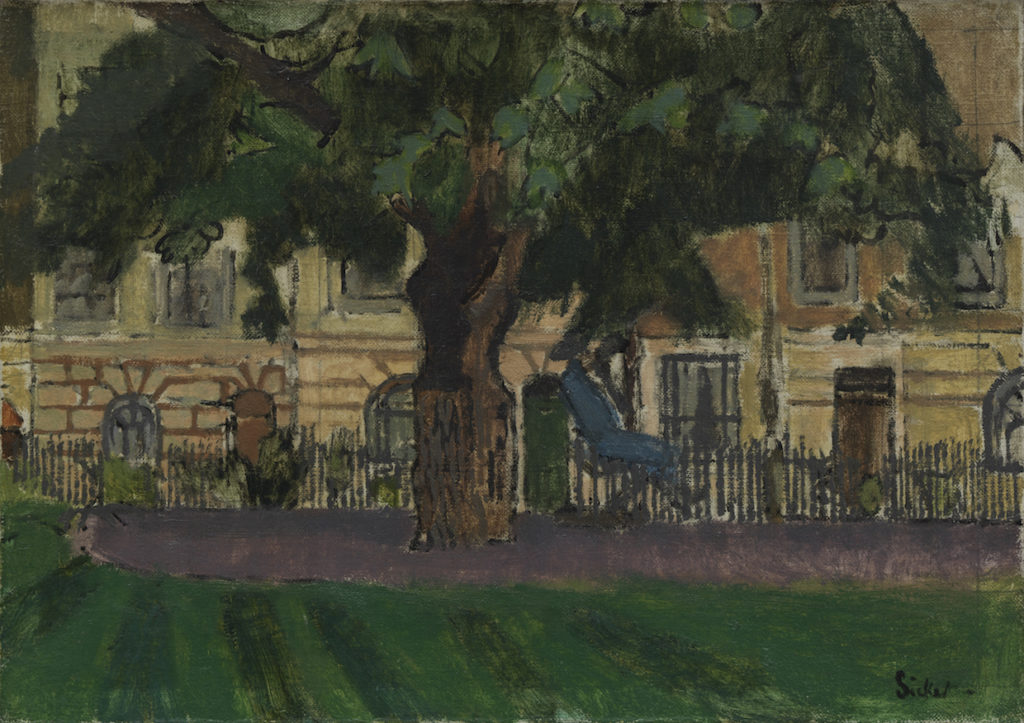 Walter Sickert was born in Munich to a Danish father and an English mother. His family moved to England when he was eight, and he started off his working life career as an actor. But in 1881 he changed course and went to the Slade, before leaving to become a pupil and assistant to James McNeill Whistler. In 1883 in Paris he met Degas, who would become a paramount influence for the rest of his life. He worked regularly in Venice and Dieppe and encountered most of the major Impressionist painters, but in 1905 he return to London and would become the linchpin of the Fitzroy Street Group and then the Camden Town Group.

As a painter, teacher, mentor and critic, Sickert either led, or was connected with, many of the major art groups that were formed by the early twentieth-century modernist British painters who were trying to break away from the tradition of Victorian Academic painting, and his opinion and advice was sought by fellow artists who acknowledged his wide experience and outstanding talent. Recognised as one of the most important British artists of any era, he undoubtably bridges the gap between the ‘old’ art of the nineteenth century and the ‘new’ art of the twentieth – though he himself rejected such demarcations in art history. ‘There is no such thing as modern art. There is no such thing as ancient art,’ he wrote in The Burlington Magazine in 1916. ‘History is one unbroken stream. If we know Degas, Degas knew Ingres, and so on, ad infinitum.’