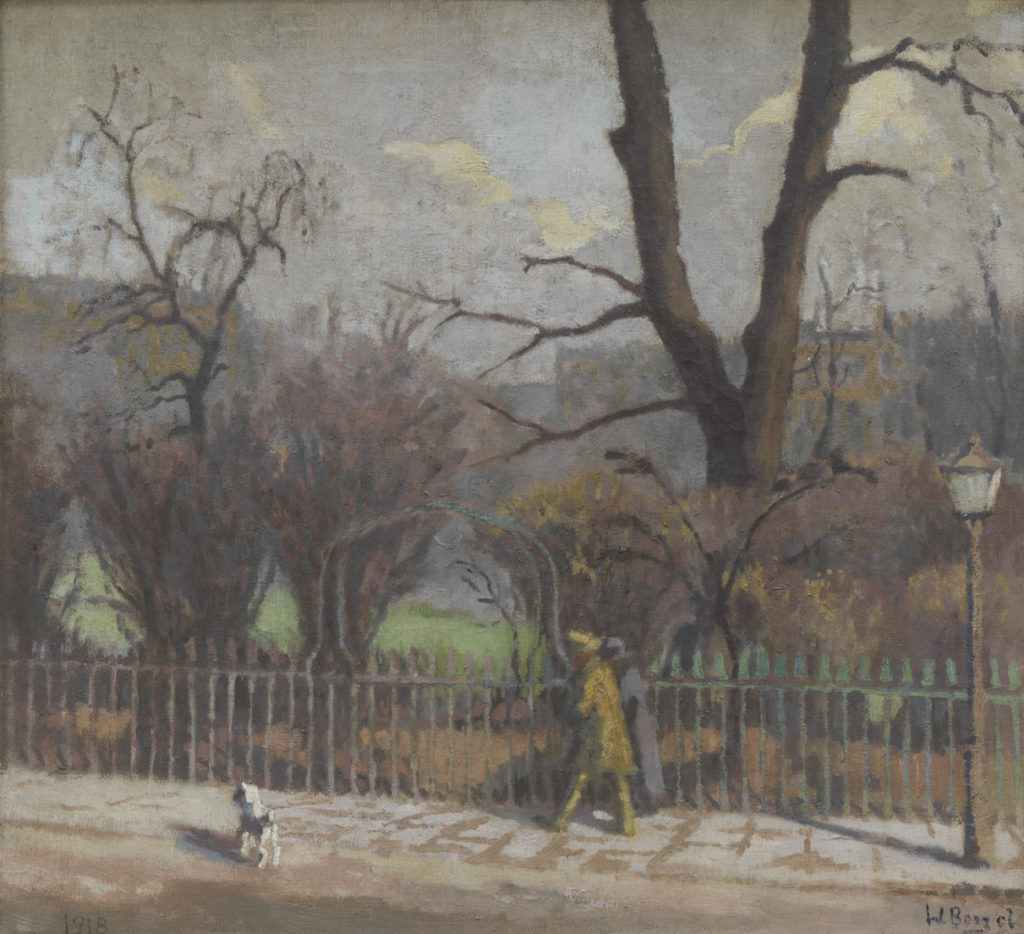 Born in France to a Dutch diplomat father and an American mother, Boreel’s parents eventually moved to fashionable Tite Street in Chelsea, where their neighbours included James McNeill Whistler, John Singer Sargent and Glyn Philpot. In 1911 Boreel went to study at the Slade, during which time she also attended Sickert’s evening classes at the Westminster Technical Institute. Attracted as much by her beauty as by her artistic promise, Sickert gave her the use of one of his painting studios in Mornington Crescent.

A talented painter in both gouache and oil, as well as an etcher, Boreel would go on to exhibit with the Allied Artists’ Association, the London Group, the New English Art Club, the Royal Academy and the Royal Society of Painter-Etchers and Engravers, as well as the Salon de la Société Nationale des Beaux-Arts in Paris. She concentrated on subjects of London life, using many of Sickert’s compositional devices whilst developing a colour palette more akin to Gilman’s.