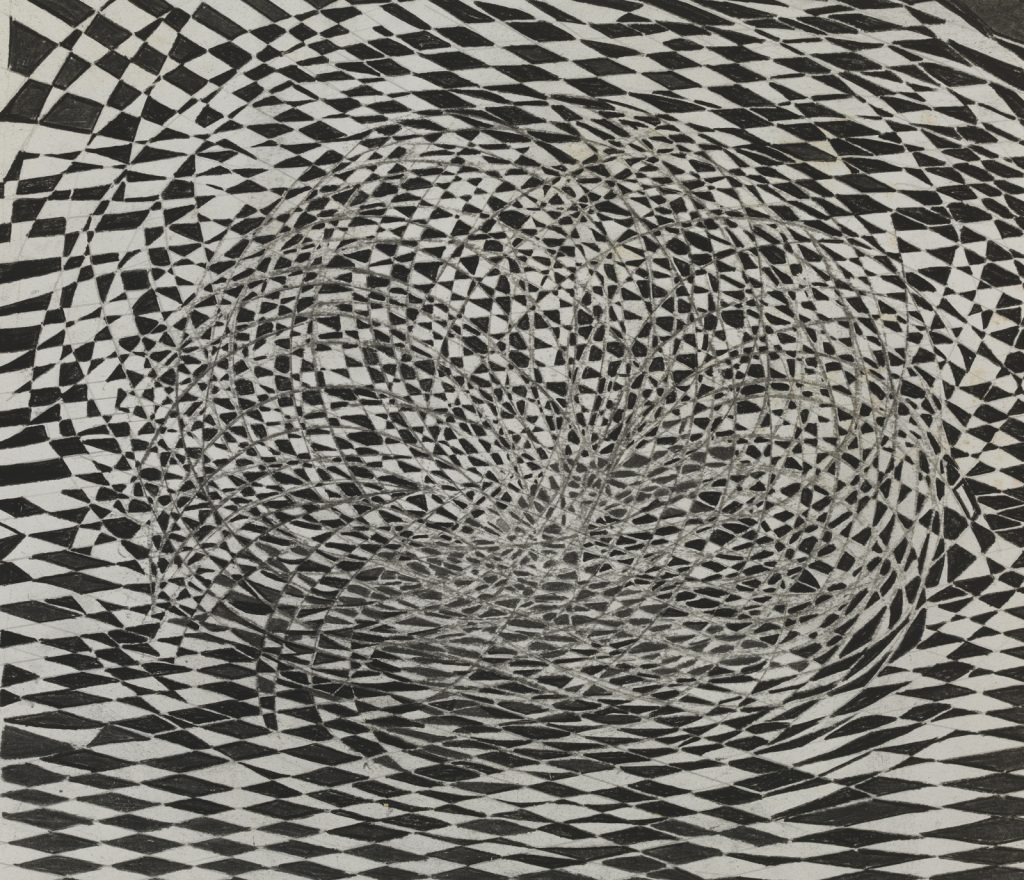 Drawings by Brian Taylor inspired by a period of time he spent in Naum Gabo’s studio in Connecticut will be on display at Messums London from 9  October – 1 November 2019.

Taylor rarely made drawings of his subjects in advance of sculpting them in clay, but in 1984 he went to stay in New York and worked in the studio of one of his major artistic inspirations; the celebrated Russian artist, Naum Gabo. Taylor had made a series of drawings of the sunflowers that surrounded his summer house in Umbria, Italy, coupling a homage to Van Gogh – whom he also revered – with one of the most celebrated Russian artists of the 20th century. Taylor’s wife, Michele Franklin, whose grandmother, the painter Miriam Israels, married Gabo as her second husband, had suggested that Taylor go to New York to launch his career on the international scene:

“Brian had always been fascinated that I was related to Gabo,” she recalled. “Gabo kept a place in Connecticut and had a quiet studio there and after he died, my grandmother loved people to work in it.” There was a beautiful flower garden surrounding the house created by Miriam, which inspired Brian to start drawing the things he saw around him there, as he had been doing in Italy ever since he bought the house near Gubbio in the early 1980s.

Taylor was born in 1935 the oldest of three children, to a poor, working-class family. Perpetually drawing, even whilst avidly reading his library books, he was encouraged by his school art teacher and after a period at Epsom and Ewell School of Art and Crafts, went to the Slade School of Art in London. In 1958 he won the Prix de Rome and spent five years in Italy and was later elected to be Vice President to the Society of Portrait Sculptors and a Fellow of the Royal Society of British Sculptors.

He was however, always sceptical about the need to sell his work, preferring instead to put his energy into his art while working as a teacher and deputy head of the sculpture department at Camberwell School of Art.