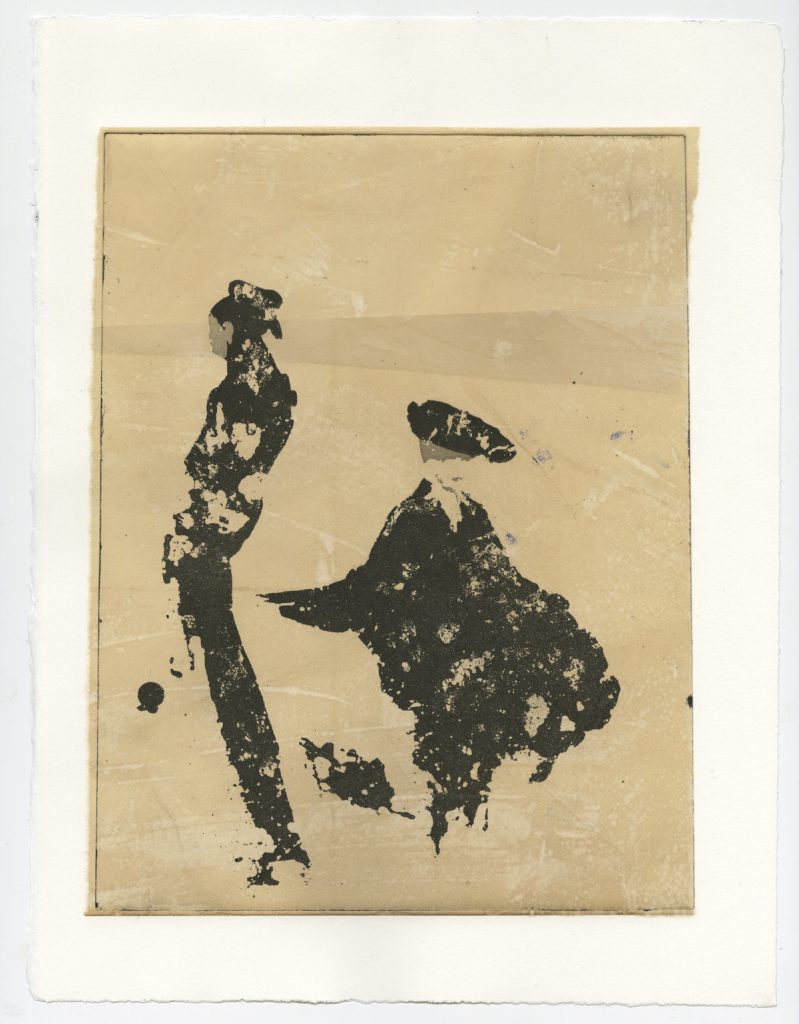 As part of our Tuesday lecture series which accompanies each exhibition we are excited to welcome Francesco into the gallery for an in depth discussion and presentation on his work and his processes and printmaking methods. The talk will accompany Francesco’s series of prints that will be on as part of our emerging talents programme.

Describing the kind of Japanese paper he uses to make his prints, Francesco Poiana says; ‘It is very thin and also very delicate. I like its feeling of lightness and also the rich tradition and history of paper from which it comes, which has had such a big cultural influence in the West; van Gogh did paintings inspired by Japanese patterns as did many other artists.’

‘The Japanese give as much importance to the empty space as to any images in a work of art. It is the opposite of the medieval Western concept of horror vacui where every inch is covered.’

Born in Faedis near Trieste, the son of an architect and winemaker, Francesco Poiana attended the Academy of Fine Arts in Rome and then the celebrated Albicocca fine art printing workshop in Udine before studying for a Masters degree at St Martin’s College of Art in London where he graduated last year.

The paper he uses is made from the mulberry paper trees and has a shadowy, translucence perfectly suited to the ghostly imagery of his works.

‘If you layer one sheet of paper on top of others they can look like a skin, soft and translucent and sensitive,’ he says.

The works in this show feature man at a crossroads as well as boats and other visual metaphors for life’s endings and beginnings.  A solitary figure is seen standing in a wood suggesting our isolation from each other yet our deep connection with other elements of the natural world. These are poetry in physical form, fragments from a mind less ordinary.