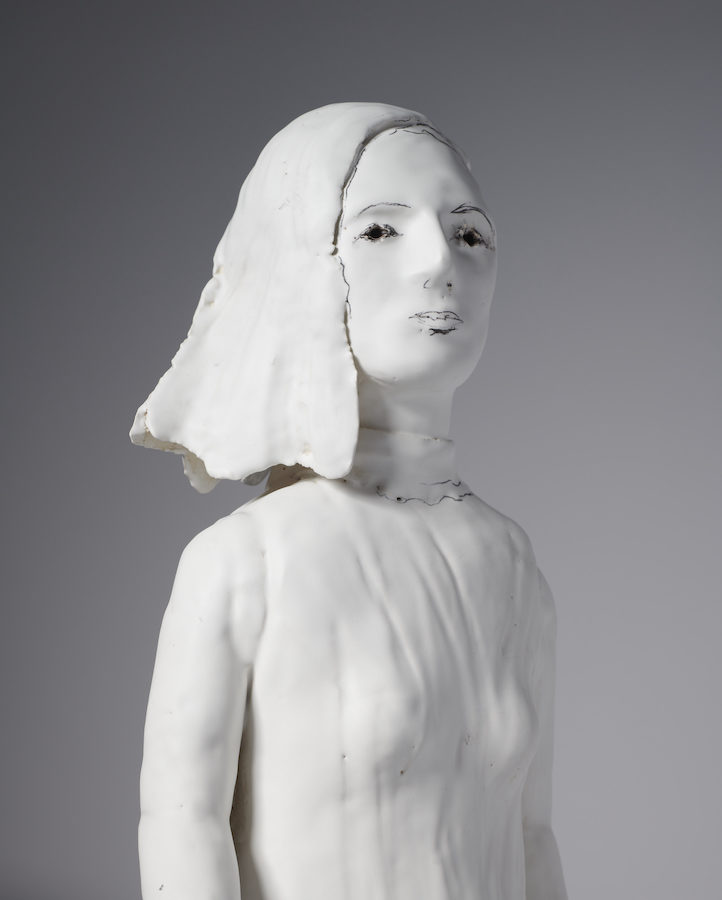 Exhibition goes live at 10am on 12 May

Christie Brown’s figures teeter on the foggy intersection between art and craft. Very clearly sculptural but informed by a deep history of clay. Upon graduating from a diploma in Studio Pottery at Harrow in the early 1980’s, Brown found her work without an obvious niche. Alongside her studies in clay, Brown had taken up life drawing, traditionally a very fine art practice, but she saw a potential correlation between the drawn line and clay forms. Encouraged by her tutors, clay provocateurs like Mo Jupp and Richard Slee, Brown attempted a translation of line to clay and began sculpting figures. Early works were suggestive of the body, torso reliefs, but became full-bodied, freestanding with limbs, heads and eyes that returned your gaze. Figurative sculpture was and is a prominent genre of the fine art world, but Brown’s use of clay set her apart from this. Similarly, in the ceramic world, key makers were testing the preconceptions of clay in the Abstract Vessel, but figurative ceramics had not enjoyed the same coming-of-age in the UK as in the US. As such, from the very beginning Brown’s figures are born into otherness. Almost indefinable, they are never quite set in one discipline, seesawing between craft and art, challenging those preconceived ideas. But look closer and its clear this otherness runs much deeper.

Brown’s newest sculptures have seemingly moved away from manifestations of ancient symbols and mimetic forms to focus on the human experience. 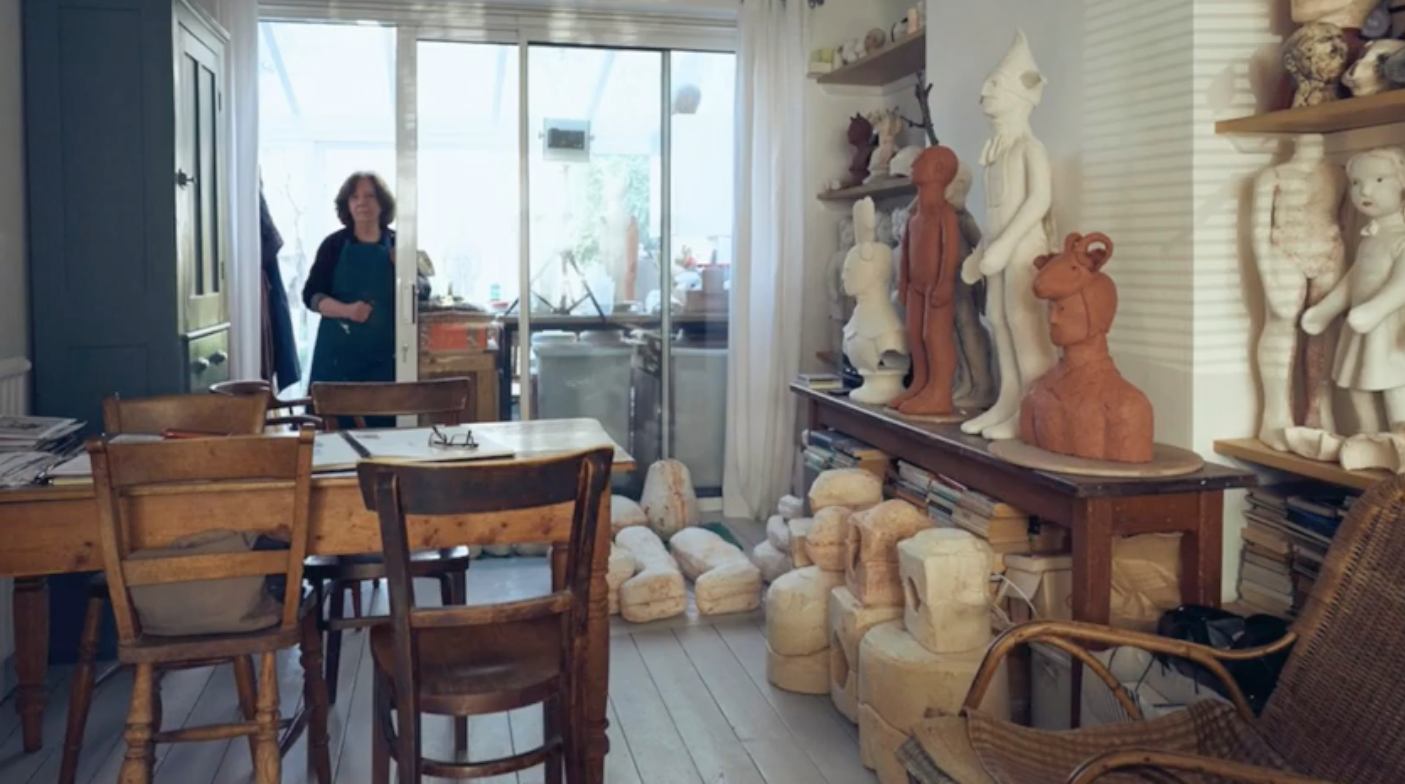 These figures even have expression as Brown experiments for the first time with drawing on her sculptures. The eyes are concentrated, brows furrowed, lips primed to speak. Brown’s figures appear anxious, lonely and despondent, perhaps a glimmer of hope in some faces but Brown admits she has unconsciously channelled her own recent emotions into these works.

Under the burden of this last devastating year these figures manifest a truly universal experience. There are no archetypes to guide our actions, we have no instincts this far from normality and Brown draws attention to the heavy toll of that, stripping away the stiff upper lip and brave faces. Throughout her work Brown has examined the collective unconscious and the liminal spaces of our being and, through characters that we animate, she allows us to better know ourselves. These new sculptures are literal personifications of our contemporary experience and encourage an acknowledgment of that fragile state, advising us to embrace and nurture our current otherness.

Extract from the essay ‘In the Depth of Matter’ by Natalie Baerselman le Gros, Exhibitions Coordinator at the Sainsbury Centre For Visual Arts

Join us in conversation with Christie Brown for the opening of her exhibition ‘Untold Forms of Life’. Christie will talk with Johnny Messum in our Cork Street gallery about her new collection of ceramic sculpture and show us around the exhibition.

Christie Brown is an artist and Emerita Professor of Ceramics at the University of Westminster in London. She graduated from Harrow School of Art in 1982 and set up her north London studio that year. At Westminster she taught on the BA, MA and PhD programmes while maintaining and developing her sculptural practice. She was Principal Investigator on the AHRC project Ceramics in the Expanded Field, awarded to the University’s Ceramics Research Centre-UK in 2011, which included her solo exhibition DreamWork at the Freud Museum in London in 2012. Recent major exhibitions include Marking the Line at the Sir John Soane’s Museum (2013), Material Earth 1 and 2 at Messums Wiltshire (2017 and 2018), Humanism at the ClayArch Gimhae Museum, Korea (2018), Dream On at the V&A Museum of Childhood (2018), Cultural Icons at the Potteries Museum and Beyond the Vessel at Mesher, Istanbul (2019).
She continues to exhibit her ceramic sculpture widely in the UK and abroad and frequently lectures about her practice at international residencies and conferences. Her work is featured in several private and public collections in Europe and the USA, including the Victoria and Albert Museum UK and the Mint Museum USA.