The Work of Human Hand

Messums is delighted to announce the forthcoming solo shows of long represented artist, James Dodds, he began his artistic career at Chelsea School of Art before going on to the Royal College of Art, graduating in 1984. In many ways however it began when he left school to work as a shipwright where he learnt the craft that would continue to influence him and his creative practice.

Though initially drawn to abstraction the tidal pull of the fascinating and at times surreal beauty of the built vessel bought him back to his true focus. Floating on plains of colour, away from the human hands that built them, these paintings, which still draw on an element of abstraction, are anatomical studies. To Dodds, these vessels are his models, his sitters that come into the studio to sit for a portrait. 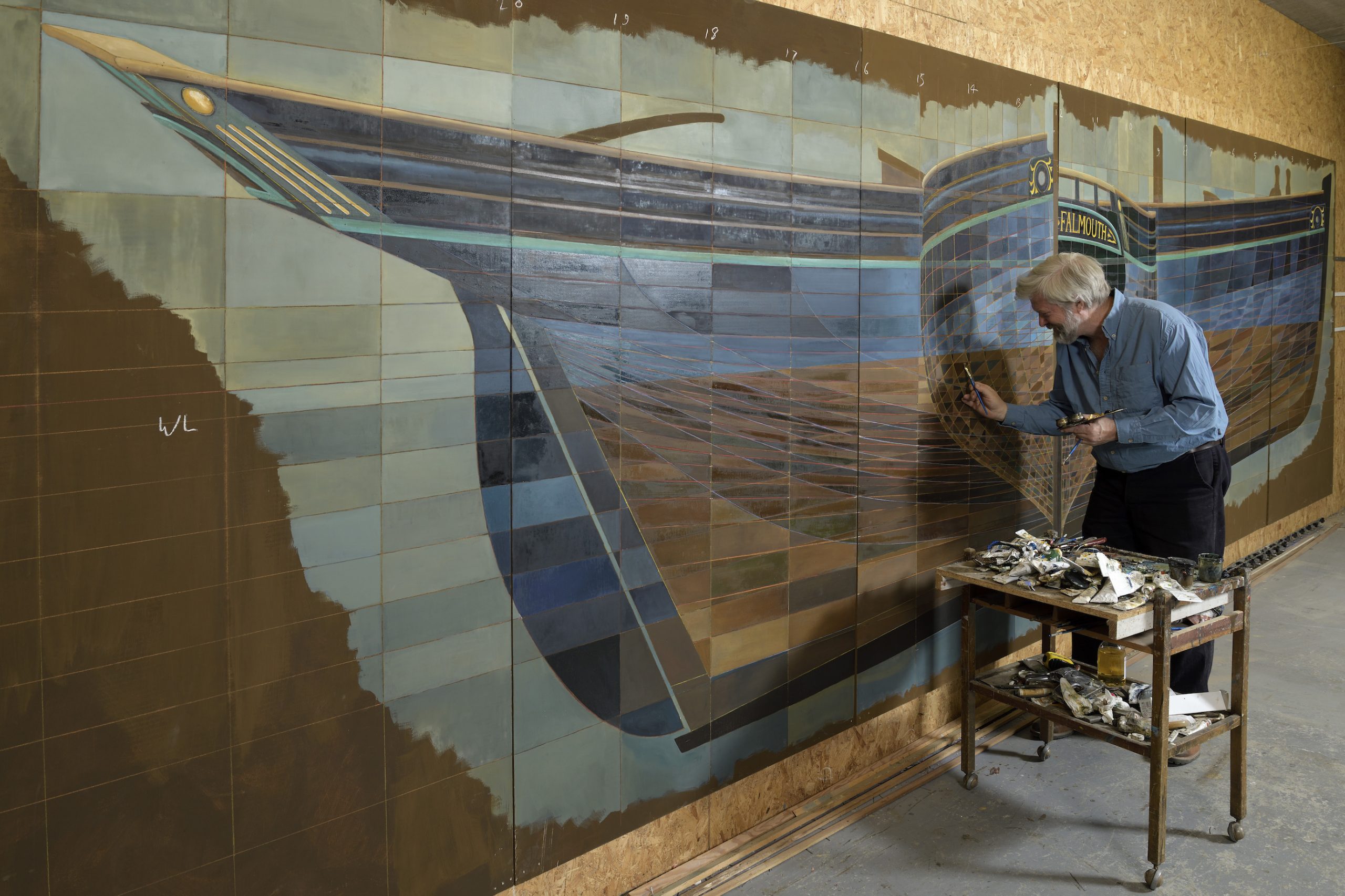 Dodd’s vessels are painted from the critical eye of the builder, the ever-present though always just out of frame author, whose gaze is inward and inspecting. Often looking down the hull of boats in varying states of progress their anatomy mirrors our own.  In his introductory essay on James Dodds Philip Marsden says, ‘we animate these inanimate things because they are made in our image.’ Our story of human evolution is impossible to tell without recourse to the parallel evolution of the boat. An intrinsic understanding of the vessel runs through the blood of any island nation. These wooden totems of national significance remind us that though our lives are becoming increasingly global Britain remains an island surrounded by seas. This body of work is an ethnography of our commune with water and the vessels we bravely put afloat on it.

On show in Messums Wiltshire within a thirteenth Century Tithe Barn built by the abbess of Shaftesbury, these paintings will hang beneath the wooden beams that resemble the upturned hull of a vast ship. Historically, tithe barns share their method and material with ship-building of the time. Certainly they would have been hewn of the same trees and relied upon similar techniques of construction. Messums retains a legacy of representing marine painting that goes back with David Messum’s love of boats and boatbuilding and Dodds’ has been a part of that legacy for 25 years.

Dodds’ work is the outcome of an approach that tacks between two winds. Maker of the physical, the empirical and the handmade, and conceiver of the beautiful and the abstracted, the outcome is as tangible as it is cerebral.

As Dodd’s says, ‘I tend to approach the painting of a boat as if I was building it’ and this methodology is legible in the paint. His use of tools and his tendency to scrape off with a knife as much as he paints on with a brush build their integrity as objects that could sail out of the picture plain and onto the sea. Even his prints are a product of careful tool use and the ability to carve into wood.

Cog Boat for the Humber Keel”Daybreak”, 2020