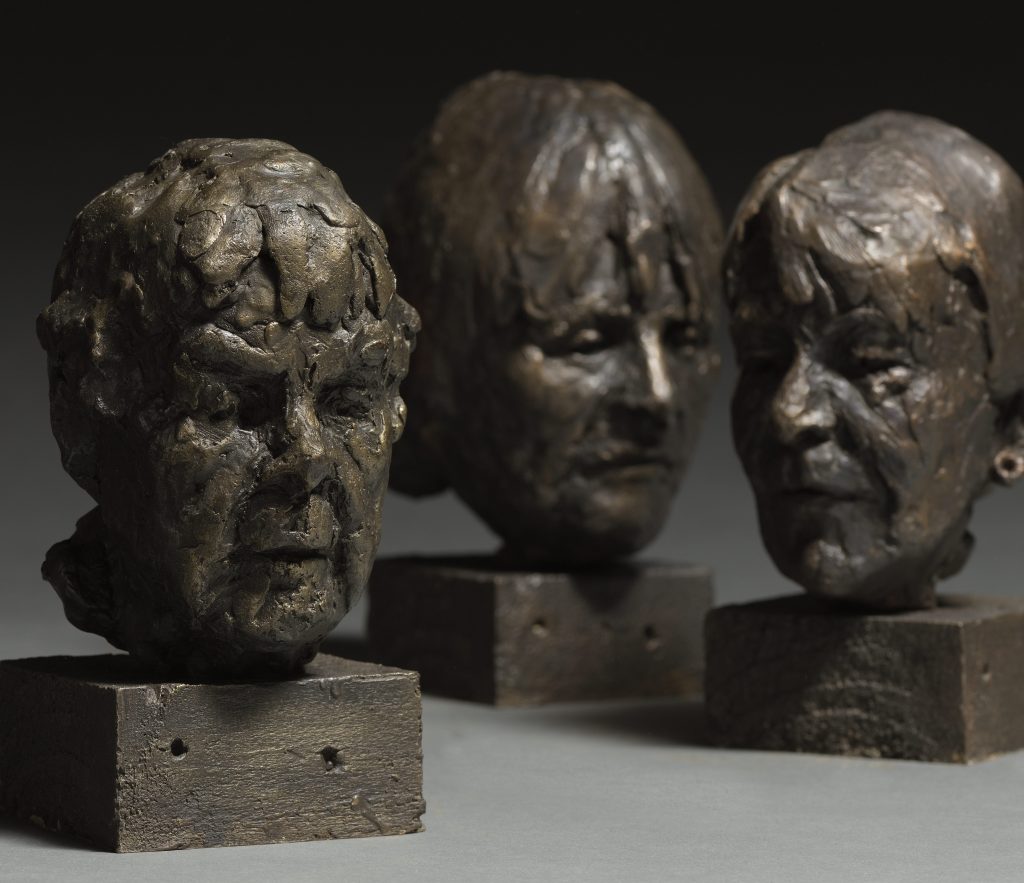 We are delighted to showcase these remarkable sculptures here on Cork Street and to preview the maquette and concepts for the public commission to be installed at Printers Office Street, Doncaster in May 2020.

In 2018 Laurence Edwards was awarded a commission by the town of Doncaster for a sculptural installation celebrating and remembering the lives of those who had lived and worked in the pits around Doncaster. Laurence decided to sculpt 40 portraits of former miners to be installed in the town centre. Sculpted from life in two-hour sittings, the portraits are beautifully modelled; affectionate yet sincere and as much a product of the conversations and relationship between Laurence and his sitters as pure observation.

As a member of the Royal Society of Portrait Sculptures, Laurence’s mastery of modelling from life was evident, yet this exhibition offers a rare chance to see this very traditional skill at the forefront of his work. That the sculptures were completed in just two-hours is a remarkable feat of observation and skill, with the speed lending a vitality that runs through the series.

‘My hands were like they were at a typewriter, going round the block as I was listening to these stories,’ he says. ‘It became so engaging that the heads just evolved in my hands. It was almost a subconscious act. So it was an incredible moment of realisation for me. And the films and the stories that evolved were so powerful that it became a package.’

The final work will feature each of the 40 portraits, cast in bronze and set within small niches in a section of local rock, as though they were a seam of coal. Footage of the sittings filmed by students at Doncaster College will be available to view alongside the final installation in Doncaster, keeping the men and their stories at the forefront of the work. It is a celebration of everyday heroism and a far cry from the romanticised figures on pedestals of the past and indicative of a current desire to commemorate social histories in public sculpture.