While the Whole Earth Changes Tune

‘At times of uncertainty and hardship we turn to artists more than ever. Edwards assembly of figures is an affirmation
of the complexity, wonder and resilience of humanity and the natural order of all things’ Calvin Winner, Head of Collections and Curator at Sainsbury Centre for Visual Arts

Laurence Edwards’ While the Whole Earth Changes Tune was born out of a shift in approach to making and suggests the start of a new juncture in his work. With his foundry closed during the national lockdown and clay difficult to use in the hot weather Edwards turned to plaster. Rather than throwing away left over plaster he poured it into an old mould of a favourite figure. He soon had gathered a number of these figures only to slice them up on a bandsaw, mix up the pieces and reassemble them, piling them up as high as they would go.  The figures leaned and swayed, and Laurence carved and filed them back, bringing new forms out of an assemblage of others.

At the same time news reports told of the magnetic poles shifting and how the navigation systems of the world had to be recalibrated. This change has taken place over several years yet at this time seemed to speak to the sense of a world in flux. Laurence describes how it struck him ‘that these figures were also adjusting to a tilting earth, struggling to assimilate a new way of being, confused they swayed and veered looking forward, absorbed by the same thing as if struggling to understand a new paradigm’

With this gathering of figures Laurence has entered a new phase of his practice. His fidelity to anatomy has been replaced by a more expressionist approach. The sculptures bear more resemblance to the vertiginous figures of Giacometti, or perhaps the Geometry of Fear sculptors who emerged immediately after the second world war. There is an astonishing sense of movement; no longer the solitary, still figures of recent years, they are tilting, twisting, arching and bending; trying to keep their balance as the world sways.

‘The group of sculptures appeared as if some form of invisible force of nature had a hand in their making. That external forces had applied an unseen pressure on these series of figures. As if a sudden gust of wind had blown through the studio and the resulting shockwave continued to form a displacement of air pressure. The figures were tilting and pitched to the side as if ships in a raging sea storm. Like a shoreline walk where the body may be forced against ocean and a constant persistent funnelled venting sea breeze’ .  Calvin Winner, January 2020 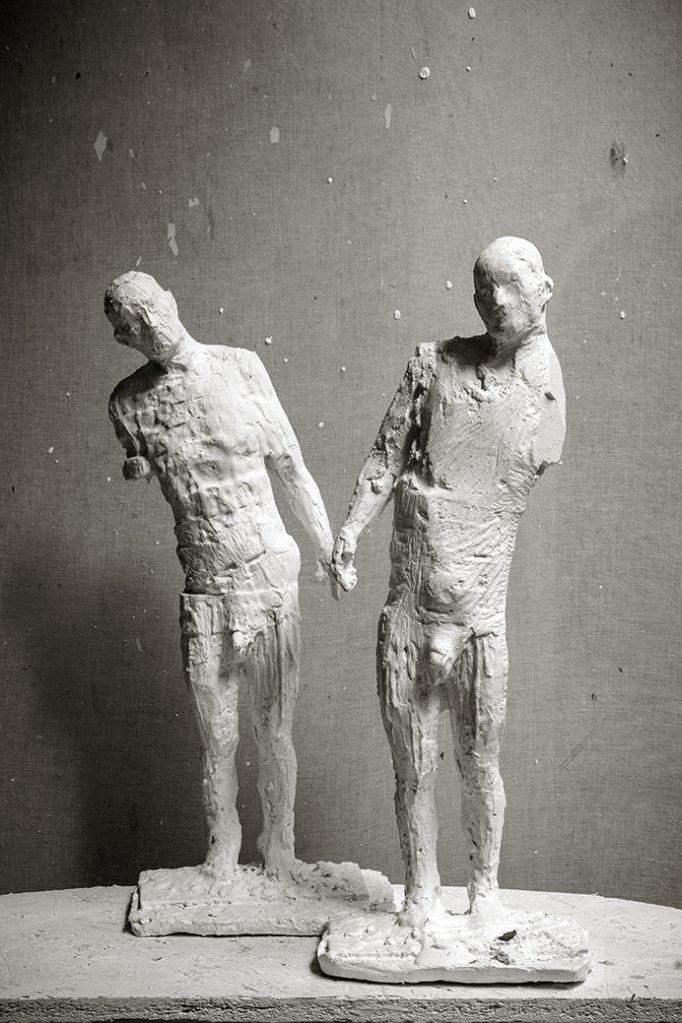 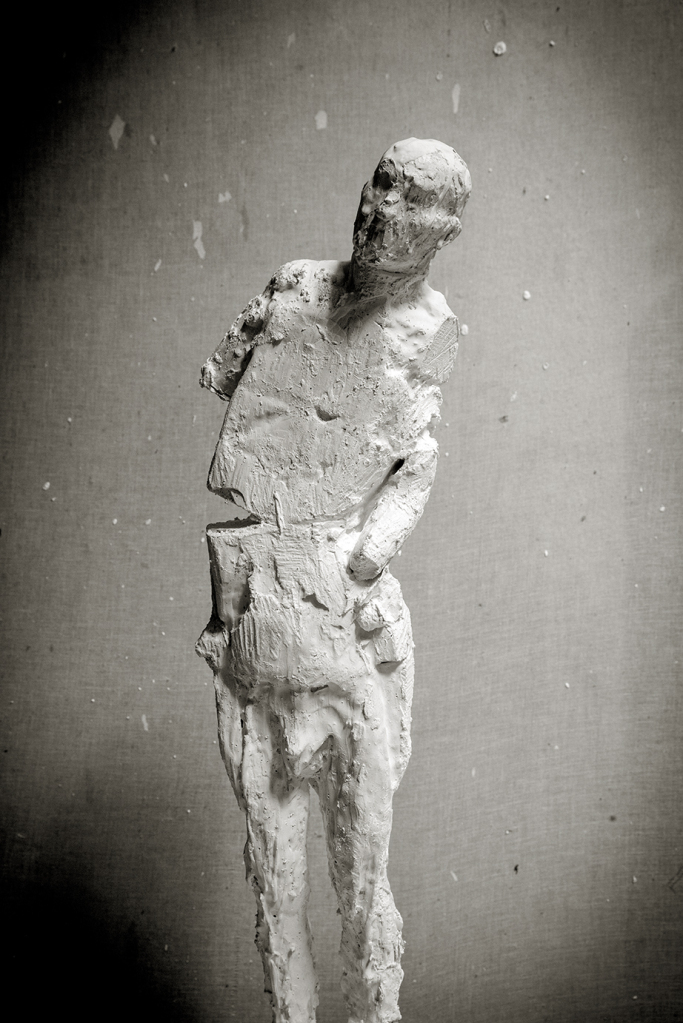 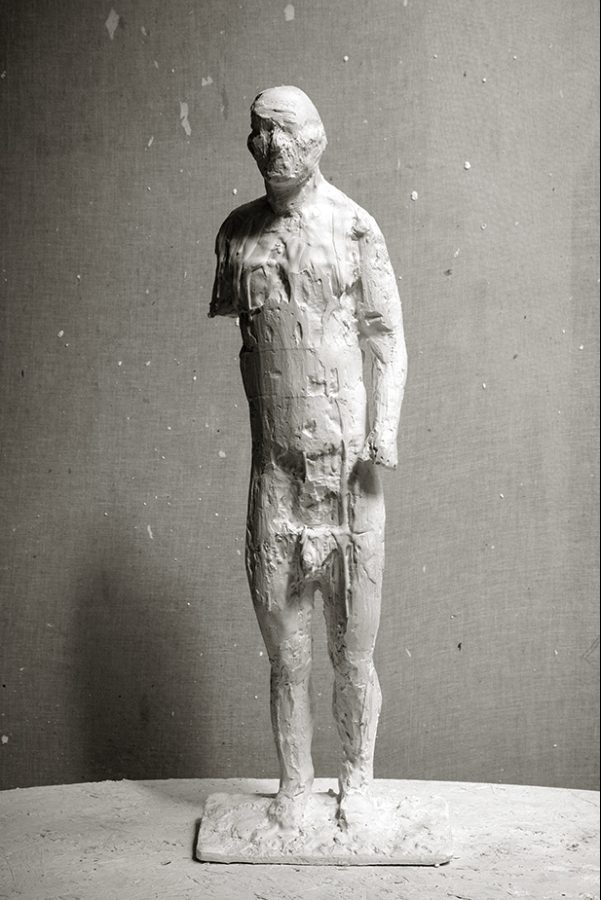