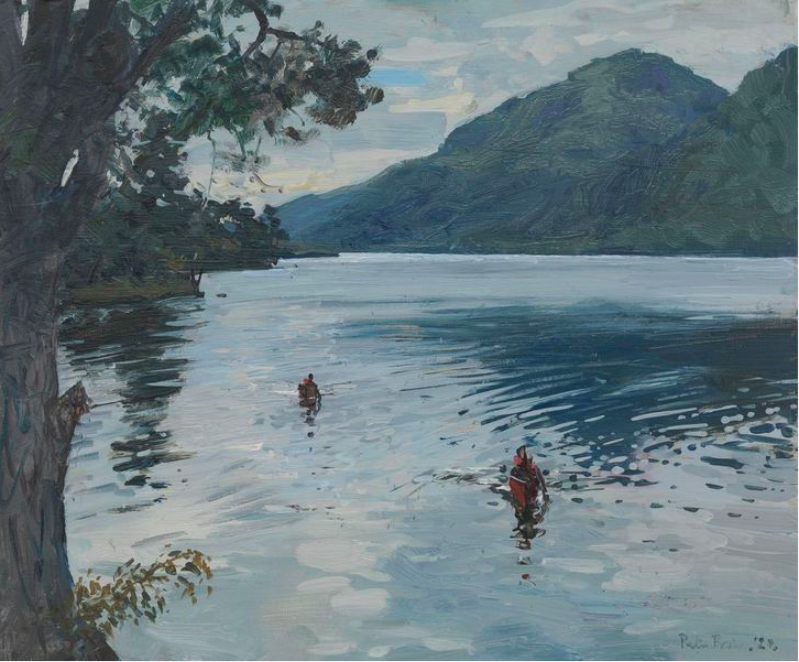 Brown first became captivated by the distinct character of urban architecture and how it affects human interaction in Bath, where he first studied in the mid-1980s on an art foundation course. After graduating from Manchester Polytechnic, he returned to the creamy-gold streets of this exquisite Georgian city, where he could be seen painting on-site whatever the weather. Never one to stay put for long however, Brown and his easel are now regularly spotted throughout London, Cardiff, Dublin, Edinburgh, Paris, and even Udaipur, not to mention the coves, cliffs and shores of Cornwall, Dorset, Devon, Somerset and Brittany.

“I work entirely from life using the cities and the countryside as my subjects. I start with what tickles me, and this is likely to be a certain play of the light, weather, space and everyday life. Most of my drawings and paintings take several sittings over consecutive days and in that time I may meet police officers, dog walkers, road sweepers, residents and tourists.”

Peter paints for one-man exhibitions each year either in London or Bath and has been showing with Messums London since 2004. He is a passionate member of the New English Art Club, an elected society of contemporary painters whose ethos resides in art informed by the visual world and personal interpretation. The ‘New English’ was founded in 1885 by a group of artists dissatisfied with the entrenched attitudes of the Royal Academy. So they mounted their first show in 1886 including paintings by Clausen, Sickert and Stanhope Forbes. In 2018, Peter was elected president to the Club.
Peter is also a member of the Royal Society of Portrait Painters, the Royal institute of Oil Painters, the Pastel Society, Bath Society of Artists and an honorary member of the Royal Society of British Artists. He is a member of The New English Art Club, The Pastel Society, The Royal institute of Oil Painters and Bath Society of Artists.