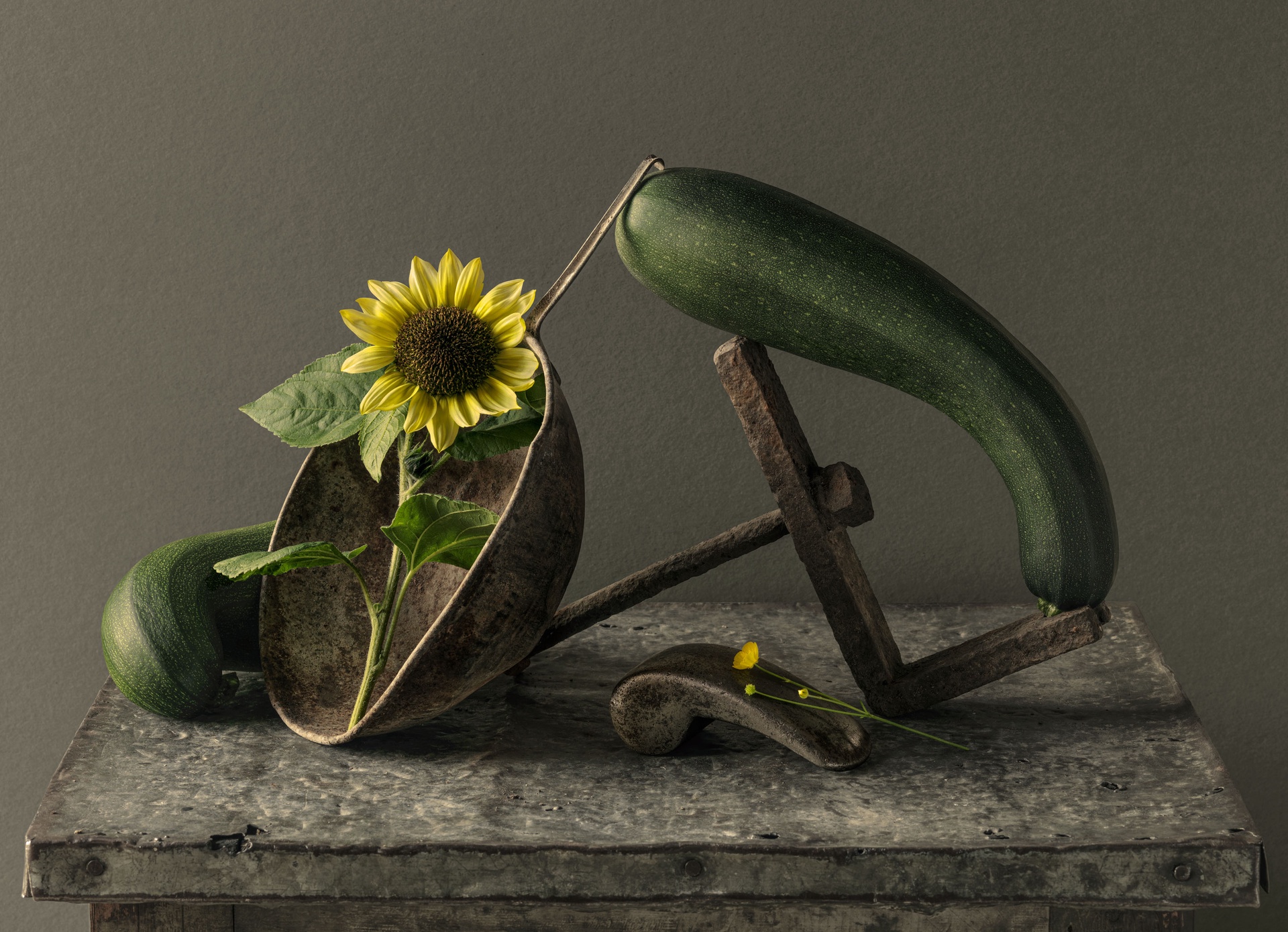 ‘Developing the Ghost’ an essay by Christian House, contributor to FT and The Telegraph

For his debut Harrogate exhibition, Tif Hunter combines selections of his still life work from seemingly opposing parts of his photographic career: a group of monochrome tintypes – reproduced here in high-definition print editions – and a collection of colour digital prints. Unifying the two series is an obsessive passion for detail and a consistent love of a striking, sometimes playful, juxtaposition of forms. However, each series possesses its own distinctive veneer. His handmade tintypes allow for a “beautiful patina of marks and smears due to the wet chemistry involved” and yet his subjects emerge with a smoothness of tone that, he notes, gets close to the “infinite resolution” of nature. His colour prints meanwhile deliver a sheen of near luminous tints: pops of colour on otherwise subtle colour schemes.

Hunter was born in Cochin in south India,where his father was a tea merchant, a period he knows only through the flickering images of his father’s reels of Super 8 cinefilm.When he was an infant, the family relocated to the Sussex countryside where Hunter spent his childhood during the 1960s before reading Botany at Oxford. It is, perhaps, not an obvious foundation for a career in photography, but Hunter’s interest in science and nature informs much of his work, both commercial and personal.

Many of the prints of tintypes on view in Yorkshire are studies in texture: a monumental celeriac, knobbly and rough like a cheese-grater; an old book binding as frail as a centenarian’s skin; a smooth, solid pear that might almost be cast in bronze. There is a tangible physicality, a tactility, to these prints.

The intersection between man and nature is prominent in Tif’s colour work. In a sequence of five photographs titled Hedgerow and Barn, Hunter presents clusters of rural objects in hushed miniature stage-sets: a few grasses enliven a table top of muddy farmyard flotsam and jetsam; a piece of grey machinery supports an amber hunk of honey; green acorns and red berries pepper charcoal backdrops.

Hunter uses colour with restraint, a sparing approach which allows the viewer to digest tonal variations in a single hue, much like the eye enjoys the grades of grey in his monochrome work. But, Hunter maintains, his work is all of a piece. His colour photographs are “modern images with a relatively spare colour palette in terms of background, which is equivalent to the way I’ve approached the tintypes.” What binds them, he insists, is his eye as the image maker, rather than the equipment he utilises.

Excerpts from the essay ‘Developing the Ghost’ by Christian House, contributor to FT and The Telegraph