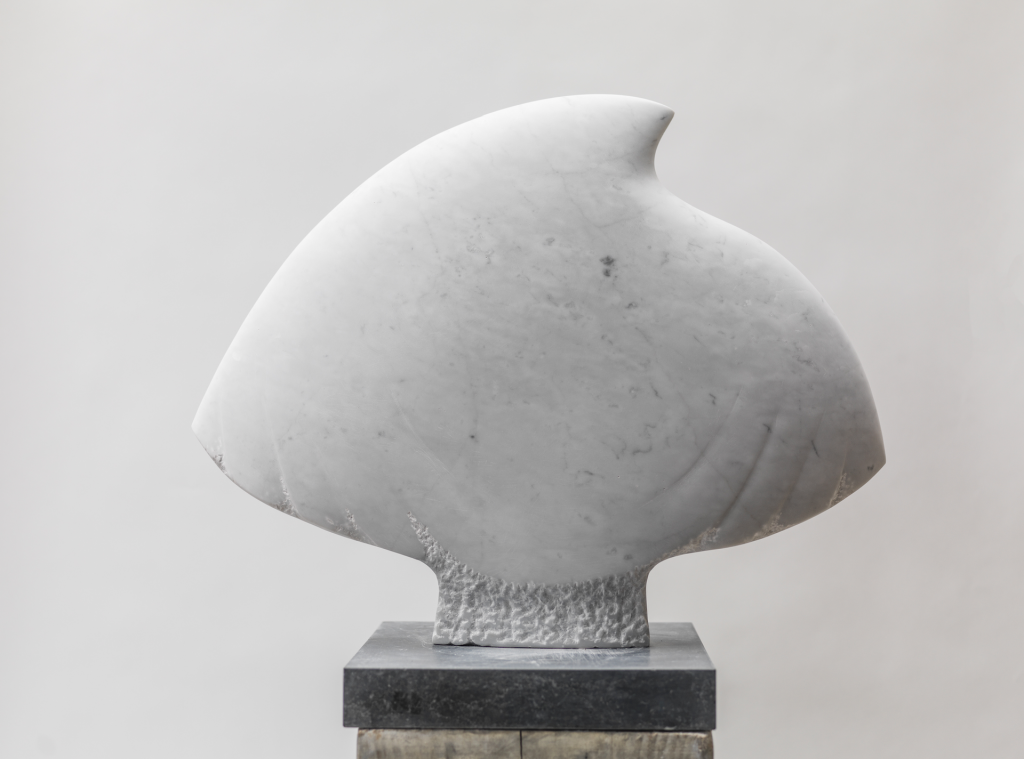 BRIDGET MCCRUM
The Conference of the Birds

“There is the simplified form that allows the eye to comprehend the piece as a single coherent whole, like a passage in a Bach Cello Suite. Less is more, no fuss. Balance is all. A sweeping line fades and then reappears as you move around the undulating form,

invoking the optical effects the artist experienced among the dunes of the Arabian deserts. And, with this, comes a sense of rhythm and dynamism; of an object in motion, as light and shadow and perspective generate a kinetic energy. Such things are in the DNA of a Bridget McCrum sculpture or painting or drawing.” Will Gompertz

Bridget McCrum (née Bain) was shipped to the west country from a home in London to avoid the war; there she found horses, landscape, art, and above all, a friendship with a young Elisabeth Frink. This exhibition, which is shown against the backdrop of Elisabeth Frink’s studio in the barn gallery, charts her recent work and also looks back at some of her earlier pieces. It considers life through a shifting between shapes and images and looks at how McCrum (like Frink) found ways to free herself from the restraints of figurative precision.

McCrum’s approach to sculpting is a reductive one, removing mass from a block of stone using carving and sanding tools. Now in her eighties, McCrum’s technical ability has not faded and she arrives at stylised shapes that play with light and weightlessness, as with her many birds which may be taking off, alighting or in flight.