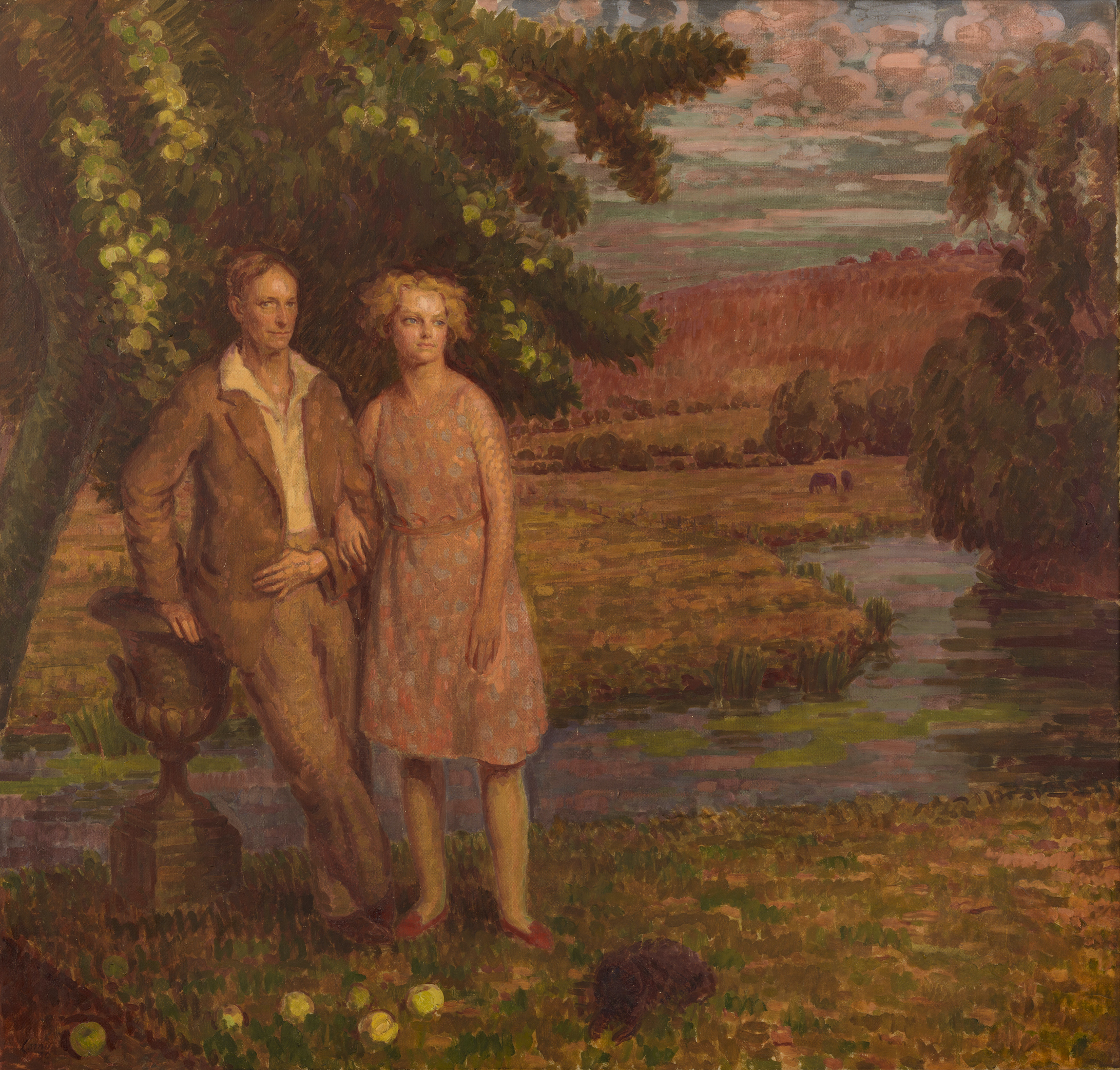 We are delighted to announce an exhibition of oil paintings from the inter war years and drawings from the Henry Lamb Estate.

The exhibition will shed light on a remarkable body of mid-career painting, and the pencil drawings and watercolour sketches Lamb made throughout his life.  The oil paintings come after 1928, when Lamb moved to the Wiltshire village of Combe Bisset. Portraits and paintings of his family are assured and familiar, and often wonderfully playful. They are joined by three still lives, unusual in Lamb’s oeuvre which largely focussed on people.

Alongside are a selection of drawings taking us from Brittany and Ireland in the early 1900s to a war hospital in France in 1915, ward rooms in the 1940s and socialites of the interwar years. Henry Lamb was a gifted draughtsman and was rarely without his sketchbook. He was invariably drawn to people, and figures from all walks of life are captured with sensitivity, humour and keen observation.

Henry Lamb was born in Australia in 1883, shortly before his family moved to Manchester where he would spend his childhood. He abandoned his medical studies in Manchester and in 1905 moved to London to study under Augustus John and William Orpen at their short-lived Chelsea Art School. He soon travelled to Paris and later to Brittany where he painted the haunting ‘Death of a Peasant’. In 1911 he was a founding member of the Camden Town Group alongside Walter Sickert, Spencer Gore and Harold Gilman, and The London Group two years later.  He was briefly married to the infamous Euphemia Lamb and was friendly with the Bloomsbury Group. In 1914 painted a portrait of the eminent critic Lytton Strachey which now resides in the Tate collection. It was described by Sir John Rothenstein as “one of the best portraits painted in England in this century”.

Upon the outbreak of the First World War Lamb returned to medicine, and served as a Doctor in France, Salonika and Palestine where he was awarded the Military Cross. The works he made after the war, ‘Irish Troops in the Judaean Hills’, now in the Imperial War Museum, and ‘Advanced Dressing Station on the Struma’ for Manchester Art Gallery are amongst the most extraordinary of his career.

In 1928 Lamb married Lady Pansy Pakenham and they moved to Combe Bissett in Wiltshire, where he would remain for the rest of his life. In 1940 Lamb was once again appointed an official war artist for the duration of the Second World War. Lamb was appointed a Trustee of National Portrait Gallery and the Tate, and in 1949 he was elected to the Royal Academy. Interest in Lamb’s work has revived in recent years, and he has been the subject of recent exhibitions at Salisbury Museum in Wiltshire and Poole Museum in Dorset. Henry Lamb’s paintings can be found in numerous prominent collections including the Tate Collection, The British Government Art Collection, The National Gallery of Canada and the Imperial War Museum.

The Artist and his Wife

Study for ‘The Artist’s Wife’

The Artist’s Wife and her Daughter Henrietta

Flowers in a Jug

Study for ‘Advanced Dressing Station on the Struma, 1916’

Study for figure in ‘Advanced Dressing Station on the Struma, 1916’

Pay at the Canadian Armoured Division