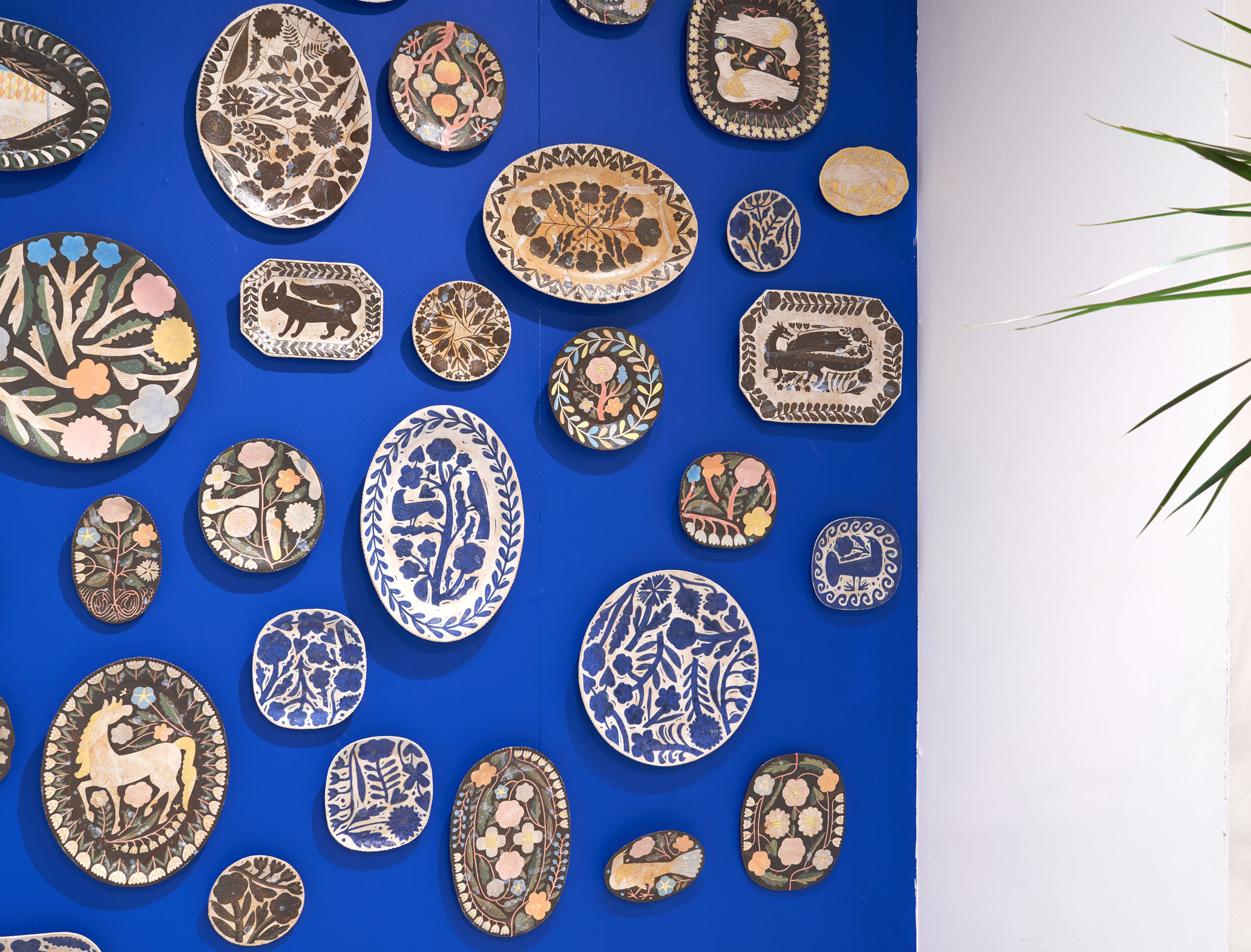 On view at our Wiltshire gallery within the restored Woolland Studio of Elisabeth Frink, a unique collection of works by Japan’s most celebrated ceramicist will be exhibited including a unique response to the drawings of Britain’s groundbreaking female sculptor.

An Essay by Emma Crichton-Miller

In this unique body of works, Japanese ceramicist Makoto has provided us with an artistic response not only to Frink herself in the form of a portrait but also taking inspiration from some of her most celebrated animal motifs. One of these designs is the baboon, which Frink both drew and sculpted through her life and even after her death a plaster baboon continued to reside in her studio in Woolland where it mingled with the tools on one of the shelves.

Frink herself was a keen collector of ceramics, owning a vase by John Piper and plates by Picasso.

Black and White Flowers I

Fruit and Flowers I

Flowers with green leaves I

Tiger and Flowers I

Bird and Flowers I