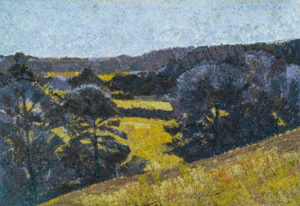 “Celebrated for his evocation of cities and landscapes, Jake Attree makes solid the airy castles of inspiration in paintings of rare integrity and depth.”  Andrew Lambirth, art critic, writer and curator

Born in York, where Jake first studied painting, he graduated from Liverpool College of art and went on to study at Royal Academy Schools. He is now living in the popular Village, Saltaire in North Yorkshire, with his art studio located at Dean Clough, Halifax.

A poet of painting, Attree celebrates the art of suggestion through his evocation of North Yorkshire’s cities and landscapes:

“I was initially, and still am deeply influenced by the art of northern Europe, principally because, I suppose, I am northern European. The light Rubens responded to in seventeenth-century Flanders, later influenced Constable in nineteenth-century Suffolk, and later still, Constable opened my eyes to the flat water meadow-surrounded city of York.”