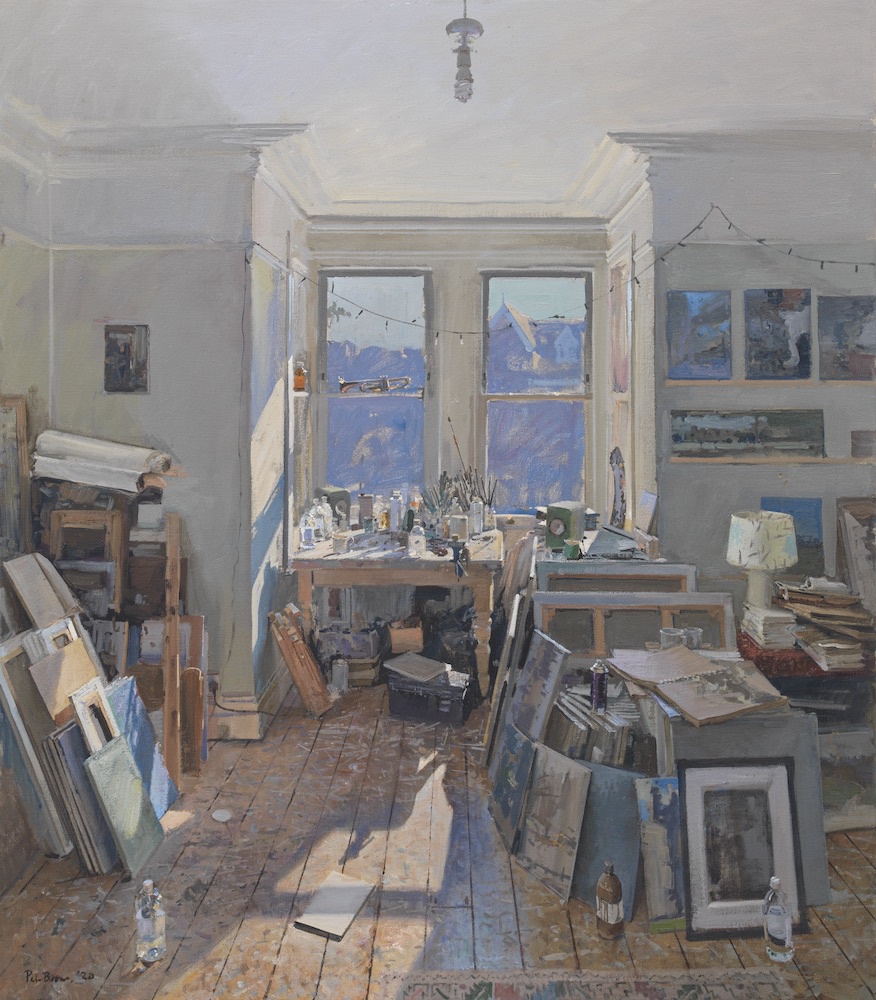 We are delighted to present two bodies of work by Peter Brown NEAC. The first collection is a snapshot into an evolving world. These are the recent works to have been completed in Peter’s studio. Here time is different, it is contemplated and paintings are returned to over 24hr cycles. Nothing moves in between. This greater period of study lends these works an intensity of observation that is in contrast to the flurry of constant action in Pete’s street scenes It is to Peter’s credit and to our enjoyment that he is able to carry off both.
The second series are street scenes from the busy metropolis of New York, this collection was originally scheduled to be part of a show on British Observational Art on New York’s upper east side this May.  They are in so many ways the diametric opposite of the Life in Lockdown series. They capture street scenes of bagel stands and the view north from Madison square, to the early morning sunlight in Greenwich Village and rain falling in Soho.
He says of the en plein air paintings:
“I work entirely from life using the cities and the countryside as my subjects. I start with what tickles me, and this is likely to be a certain play of the light, weather, space and everyday life. Most of my drawings and paintings take several sittings over consecutive days and in that time I may meet police officers, dog walkers, road sweepers, residents and tourists.”
Peter Brown is president of The New English Art Club and a member of The Royal Society of Portrait Painters, the Pastel Society, The Royal institute of Oil Painters and An honorary member of the Royal Society of British Artists. His studio is based in Bath.

Self Portrait in the Studio, Rainy Day, 2020

Broadway and East 10th towards the Woolworth Building, New York

Construction of Heron Tower and the Pinnacle

Through the Reeds, Thurne, Norfolk